Everything We Know So Far About ‘Scream 6’

The tentatively titled 'Scream 6' is one of 2023's most-anticipated horror sequels. Here's everything we know so far. 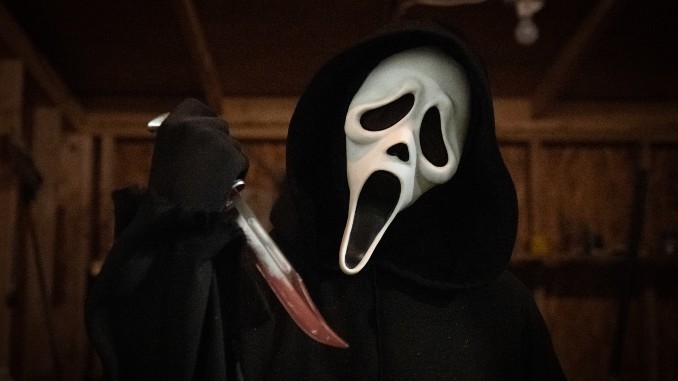 Radio Silence’s Scream, though poorly titled, was an unqualified success. With a total box office haul of $140 million, there’s no doubt audiences were eager to see Ghostface make his long-awaited return to the big screen. Absent the inimitable talent of the late Wes Craven, the creative team involved achieved the impossible. Both a natural extension of Craven’s franchise while simultaneously a love letter to his genre work, Scream felt both familiar and like its own thing altogether.

Righting many of the narrative wrongs of the last entry, Scream 4 (a good movie, no doubt, but conspicuously difficult entry to follow), the newest iteration goes back to basics. New killers, new teens, and a wise decision to decenter Neve Campbell’s Sidney Prescott from the new series of slayings. Where Scream 4 introduced an entirely new young cast only to kill every single off of them off (until recently), Scream gave its new young horror nerds time to shine.

Surprising no one, a sequel has been greenlit. Here, we’ll be reviewing everything we know about the tentatively titled Scream 6. While we won’t be speculating about what its final title might be (Screams, Scream Scream, Too Scream, Too Furious, Portrait of a Ghostface on Fire), here’s what we know so far. Are you excited for the forthcoming Scream sequel? What’s your favorite movie? Let us know over on Twitter. So, as we wait mourn the loss of the once inevitable Scream and Skyscraper crossover, let’s begin.

There’s not a horror fan around who doesn’t know this yet, but in case you’ve been living in self-induced isolation ala Sidney Prescott in Scream 3, Neve Campbell herself has confirmed she won’t be returning for the forthcoming sequel. While Prescott arguably had an appropriate sendoff in the last entry, it’s a shame the powers that be lowballed Campbell’s offer. As the heart of the franchise, if anyone deserves a fair offer, it’s her. While Campbell’s exit has reignited a necessary conversation surrounding pay disparity in filmmaking, fans will unfortunately be left with the sad knowledge that Campbell’s last appearance was her last.

But Courteney Cox and Other Cast Members Will Be Returning

While Campbell’s Sidney Prescott will be absent, Courteney Cox’s Gale Weathers and Scream survivors Melissa Barrera, Jasmin Savoy Brown, Mason Gooding, and Jenna Ortega will all be returning for the forthcoming sequel. Learning a thing from Scream 4, new cast members will be back, no doubt squaring off against Ghostface once more.

Most curiously, however, is the return of Hayden Panettiere’s Kirby. Ostensibly killed in Scream 4, Kirby’s death was subject to oodles of speculation. Fans pointed to her movement right before death, suggesting she somehow survived her brutal attack. The latest Scream, however, confirmed via YouTube playlist that Kirby survived. At release, it was thought to be little more than an Easter Egg. But, it’s now confirmed that Kirby herself will be back. In what capacity remains unknown. It’s unclear just what Radio Silence intends to retcon to bring Kirby back, but the Scream 4 favorite will be back and, no doubt, wiser than ever. Opening kill, perhaps?

Not content with just Scream alum, the new entry has announced the likes of Henry Czerny (Ready or Not) and Dermot Mulroney (Insidious: Chapter 3, though let’s hope he’s more useful here) as part of the new cast. Additionally, Jack Champion, Josh Segarra, Liana Liberato, and Devyn Nekoda have been announced as members of the new cast. Ghostface will have an entirely new suite of victims to take down, it looks like. Some fans have speculated the gruff Mulroney might be stepping in as a Dewey Riley counterpart. Only time will tell.

Yes, the new Scream is going to be set in New York City. Of course, filming won’t take place there (it’s currently underway in Canada). But there’s little doubt the bright lights of New York offer a compelling alternative to college campuses and Woodsboro, California. A brief synopsis reads, “The Scream saga continues with the four survivors of the Ghostface killings as they leave Woodsboro behind and start a fresh chapter,” and fans have gone wild with their speculations.

Perhaps Kirby is a college professor there. Maybe Gale Weathers, in honor of late ex-husband Dewey Riley, is an investigative reporter once more embroiled in a series of killings. The possibilities are endless. Several worthwhile fan posters have helped to conceptualize what a city-bound Scream movie might look like. Of course, there’s always the chance that the new Scream will actually take place on board a cruise ship, only docking in New York City for a truncated finale. It’s not like that’s unheard of in the slasher subgenre.

It’s Going to be Violent

While the following anecdote needs to be taken with more than a few grains of salt (PR is a tricky machine, no doubt), returning cast member Jenna Ortega has announced the new Scream is poised to be the goriest in the franchise. Speaking with Entertainment Tonight, Ortega remarked:

“It just gets more and more gory. I think that this is probably the most aggressive and violent version of Ghostface we’ve ever seen, which I think will really be fun to shoot.”

While every new slasher entry in every slasher franchise is ostensibly the goriest, 2022’s Scream was the most violent the series has been since Scream 2. So, there’s a solid chance Ortega is right. The streets of New York might just be running red.