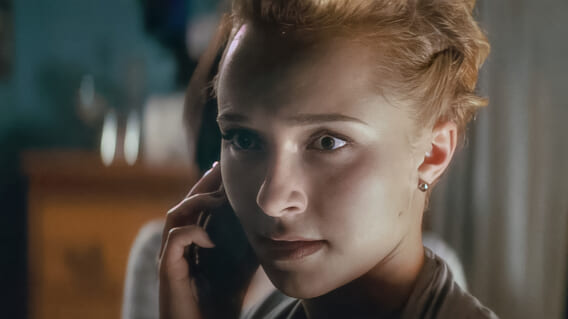 Spyglass Medic and Paramount Pictures have announced that Hayden Panettiere is reprising her role as Kirby Reed, who originally appeared in Scream 4. And for all the Scream fans out there, this is huge.

The fate of Kirby was always up for debate among Scream freaks. Her death was left incredibly ambiguous and had fans praying she would make another appearance. Now, directing duo Matt Bettinelli-Olpin and Tyler Gillett have answered our prayers.

An Easter egg headline in Scream (2022) did confirm Kirby Reed is in fact alive. But now it’s triple confirmed with her appearance in the upcoming film.

This isn’t the first cast announcement on the Scream 6 front, either. Earlier this week, it was announced that Melissa Barrera (“Sam”), Jasmin Savoy Brown (“Mindy”), Mason Gooding (“Chad”), and Jenna Ortega (“Tara”) are all returning to the next film. Basically, it’s a good week to be a Scream fan.

Principal photography for Scream 6 is slated to start this summer. The film is set to hit theaters on March 23, 2023.