'Ginger Snaps' is a horror masterpiece. 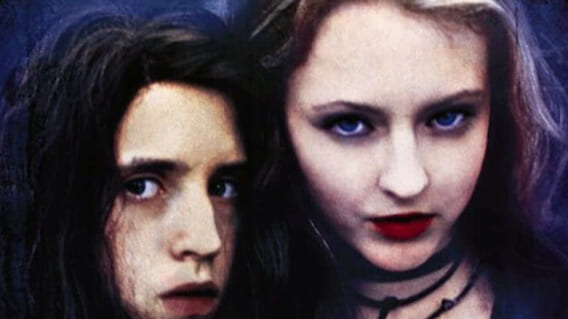 Adolescence is difficult. While there are exceptions—and in due time, most young people are capable of carving out a niche of their own—those ostensible growing pains can feel incredibly alienating. Young adults are very capable of picking up on and exploiting differences. There’s an unmatched awareness of who someone is and what makes them stand out. In the wrong crowd, those differences are weaponized in the worst possible ways. Horror fans especially must endure a tortuous, unclear path as they develop their burgeoning genre interests. Admittedly, some online discourse might prove embellished. Most young people are fine with horror fans, eschewing alleged notions that all genre fans are strange, demented misanthropes. But those feelings of not quite fitting in are inextricably compounded by differences in one’s body, queerness, color, and an infinite number of other things. Enter Ginger Snaps.

John Fawcett’s low-budget subversion of longstanding werewolf conventions reinterpreted gothic, beastly mayhem and supplanted it in the suburbs. In Ginger Snaps, Brigitte (Emily Perkins) and Ginger (Katherine Isabelle) Fitzgerald are teenage sisters concerningly fascinated with death. They make grim, morbid pacts to either flee the suburbs or die together by 16, an interest that resonates externally. At school, at home with their parents, or even in their own bedrooms, they feel like pieces that don’t belong, blocks being shoved into suburban holes that don’t quite fit. They look and talk and act differently. Their every waking moment expands the chasm that separates them from everyone else in town.

One evening, Brigitte and Ginger endeavor to kidnap a school bully’s dog, an act that coincides with Ginger’s first period. Resultantly, they’re attacked by a creature that has been mauling dogs around town, and Ginger is bitten. Shortly thereafter, Ginger begins to change into a werewolf, though it takes Brigitte a bit longer to reach that conclusion than it does the audience. Ginger’s behavior becomes more aggressive, she’s healing supernaturally fast, and she sprouts hair from her scars, which doesn’t even account for her heavier menstruation. Ginger’s killings increase in number, and only Brigitte, equipped with a handy-dandy monkshood extract, is capable of stopping her.

Ginger Snaps’ critique isn’t especially new. Since its release, feminist scholars have had a field day, exploring the depictions of female bonds, its menstruation metaphor, and adolescent gender binaries. There have been queer criticisms, genre essays, and critical analyses. Ginger Snaps, beyond its diverse and worthwhile interpretations, is also a genuinely effective werewolf movie. With subtext and meaning stripped away, it remains viciously effective. The simultaneity of its explicit genre elements and implicit refraction of monstrous adolescence makes Ginger Snaps a contemporary masterpiece.

A clear precursor to the likes of Closet Monster, Super Dark Times, and dozens of other more recent horror-tinged coming-of-age fables, Ginger Snaps relishes in its dark side and the often troubling, conflicting ideals young adults are compelled to explore. It’s horror as a mirror, especially post-Columbine. Releasing in the early aughts, it interrogates common wisdom that shifted from “It’s 10 p.m., do you know where your children are?” to “It’s 10 p.m., do you know what your children are thinking?” It’s near impossible to fully understand the complexities of an adolescent mind. Even adulthood yields little to no fruitful explanation, just off-the-cuff remarks, recurrent thoughts of “I can’t believe I thought that was cool.”

The misconception of monstrosity remains. As a young queer person especially, like Ginger, there was a gnawing sense something was innately wrong with me. Books, movies, and culture writ large branded me as some kind of beast for loving the people I loved. There was something that felt scuzzy about rewatching the same Supernatural scene a dozen times over or hiding a prized copy of People magazine with a shirtless Nick Lachey.

Fawcett and co-writer Karen Walton tap into that adolescent uncertainty almost painfully well. Growing up does quite literally feel like a transformation. It’s one rendered all the more painful when one’s interests and identity don’t fit the popular hegemony. Queerness, menstruation, and so many other things are made to be almost Lovecraftian; these uncertain traits, functions, and processes are perceived as monstrous abnormalities. They aren’t, though. They’re no less normal than riding a bike or using the bathroom.

Ginger Snaps remains a hallmark of complex, bloody, and vicious coming-of-age parables. It’s incredibly well acted, perfectly staged, and centered around one of the most ferocious metaphors in modern horror history. It means different things to different people, a testament to how resonant and tight the subtext really is. At 22 years old, Ginger Snaps is no less relevant or (excuse the pun) biting now as it was upon release. It’s a touchstone genre entry, a glorious, bloody canvas that speaks to the weirdo in everyone. From release to the end of time, it’s worth howling at the moon over.