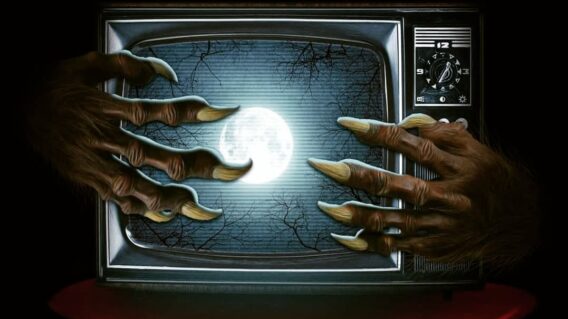 I talk about movies. A lot. You know this, I know this, it’s just a fact of life like taxes and Bad Ben sequels. Always has been, truth be told, my love of cinema existing for nearly as long as I have. With that love, I like to think comes a healthy amount of respect for the art and its creators. I mean, a lot goes into making a movie; even a lower-budget flick takes a huge amount of time and work to reach fruition. Hopefully one day I’ll throw my own efforts into the ring, but that’s talk for another day. Now, it’s time to discuss werewolves… again.

This is an interesting case, however, because we aren’t talking about a finished film, or even one that’s well deep into production. Nope, it’s just a script at the moment. A screenplay in the process of being shopped around. In instances like this, I believe it’s never too early to get some buzz circulating, so I’m going to let the screenwriter, Rick Danford, speak a bit on his project titled… Lycanthrope.

“I’ve been an Indie screenwriter and filmmaker for over 20 years. I’ve been a horror fan since birth. And werewolves were always my favorite. I’ve seen pretty much every werewolf movie you can think of, with An American Werewolf in London being my favorite, and read every werewolf book I could find, with The Hyde Effect by Steve Vance being my favorite in print. So when I decided to be a screenwriter, I started my own werewolf screenplay. I wanted to write the premiere werewolf script that would ultimately become the kind of werewolf movie I’d want to see. So in the summer of the 2000, I embarked on my pet project, Lycanthrope.”

The passion is there tenfold, which is a promising aspect for any developing film production.

Danford goes on to explain:

“In most werewolf films you only see glimpses of the creature until the big transformation and finale. Not with my story. You see my beast in all his glory within the first 5 minutes. I never liked hiding what people came to see. So I decided to write a story that went against the grain with most werewolf films. I never liked the fact that in most movies the attacks happened in small towns with no witnesses and it was a very contained incident. I also didn’t want my werewolf to be the standard doomed soul. Someone who is trying to end the curse and is a monster against his will. My creatures exploits are being written about and followed by the media where they’ve tabbed him, ‘The Moonslasher’. And my werewolf is someone who enjoys his new gifts and takes full advantage of his dark side.”

From the sound of things, it seems like this tale is ditching the tried-and-true narrative of “an innocent person plagued by the curse of lycanthropy” in favor of one that involves a “werewolf serial killer”… which is a rad concept that’s definitely not utilized as much as it could (and should!) be.

As of now, Danford is still looking for investors, so I’ll keep you updated on how things go in the future. In the meantime, keep an ear open and listen for the howls!