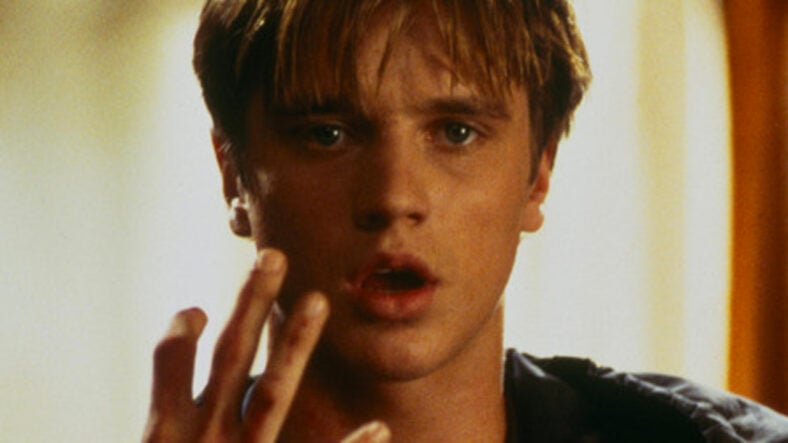 The 90s teen dream is alive and well in 2022. With Scream slashing its way back to the top of the box office and new versions of Halloween, I Know What You Did Last Summer, and (soon) Final Destination departing for streamers, it’s a great time for teen horror nostalgia. I like to consider myself a bit of a connoisseur when it comes to teen screams. From Ginger Snaps to Cherry Falls, I cherish them all. And now Reddit is back in action, helping us to select the best nostalgia teen horror titles for revisiting (other than the Scream series, of course).

The horror community on the internet’s front page is voting amongst themselves on what the best late 90s/early 2000s teen horror moments truly were. I’ve assembled the top 10 titles in order of upvotes for your viewing pleasure. So slap on that Baby-G wristband and put in some butterfly hair clips. We’re taking a road trip back in time…

I wish I could tell you I wasn’t fully obsessed with every single of the aforementioned movies, but that would be a full-blown lie. These tame, generic, written-by-committee horror selections are my comfort food of choice, and I don’t apologize! I’m especially happy to see Canadian classic Ginger Snaps sniff its way to the top of the pile. If you haven’t seen its sequel, Ginger Snaps 2: Unleashed, I highly recommend giving it a turn as well.

Lastly, what say you? Which of the above titles would you get scratched from the record, and which ones would you add in their place? Let me know on Twitter via @joshkorngut. I’m always around to chat all things 2000s horror!