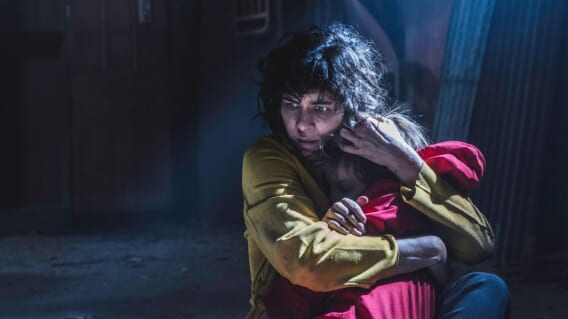 I find that the hardest films to critique are those about which one does not have a particularly strong opinion. And On the 3rd Day falls into that category for me. I certainly didn’t hate it. But I definitely wasn’t blown away by it.

On the 3rd Day follows Cecelia as she comes to after a serious car accident. But, she soon realizes she cannot recall the events of the previous several days. Moreover, she cannot seem to remember where the hell she misplaced her son. With the help of a compassionate physician, Cecelia attempts to piece together fragmented memories and locate her missing boy. But amidst all that, Cecelia finds herself pursued by a man that believes she is wicked and dangerous.

We learn that Cecelia suffered a brain injury during the accident. And that gives the viewer cause to wonder how much of what she is experiencing is actually happening. That ambiguity and haziness are designed to cloak the film’s central mystery. But my patience eventually began to wear thin along the way.

Also Read: ‘We Might As Well Be Dead’ Gives New Meaning To Lockdown [Tribeca 2022 Review]

On the 3rd Day is deliberately vague regarding almost every aspect of Cecelia and the majority of the other characters that appear. There isn’t necessarily a clearly defined protagonist or villain. One could assume that Cecelia’s intentions are good. But we are given reason to suspect she could have malevolent leanings. And that creates a challenging experience as a viewer. The level of ambiguity doesn’t give the audience a lot of incentive to stay invested. Particularly considering the pacing is a bit uneven.

I don’t object to ambiguity when it comes to the role a character plays. But it felt like the primary reason for not having the characters in On the 3rd Day fulfill conventional archetypes was solely to avoid developing them in any meaningful way. The reason being to allow the audience fewer chances to put the mystery together. And I’m not sure that, in and of itself, justifies the use of that approach. If one of the film’s primary themes was the notion that no one is entirely good or entirely evil, that tactic would have felt more authentic. But from my perspective, it felt a little contrived.

In addition to the recurring theme of ambiguity, the film is also rather frenetic, regularly bouncing between characters without taking much time to develop or explain anyone’s role in the grand scheme. Sometimes, that can serve as an effective way to build tension and intrigue. But in this instance, it worked as a deterrent that kept me from connecting with any of the characters.

With all that said, On the 3rd Day is not a total bust. It is aesthetically pleasing and features strong performances (save for the fact that the English language dub is a little wonky). Additionally, it is an unexpected and interesting take on a particular horror subgenre. However, to reveal to which subgenre the film belongs would give away the mystery that director Daniel de la Vega put much effort into preserving. So, if you’re curious, you will have to check On the 3rd Day out for yourself.

As for whether the flick warrants seeking out, it’s hard to say. You could certainly do worse. But I can’t help but think the film would have been better with less of the narrative being in service of the twist.

If you’d like to track On the 3rd Day down, you can scope it on Blu-ray via Scream Factory or stream it exclusively on Shudder.

Sadly, On the 3rd Day invests more in its narrative twist than it does in character development.