This Horrifying Netflix Documentary Is Every Woman’s Worst Nightmare

Sometimes trolls do get what they deserve. 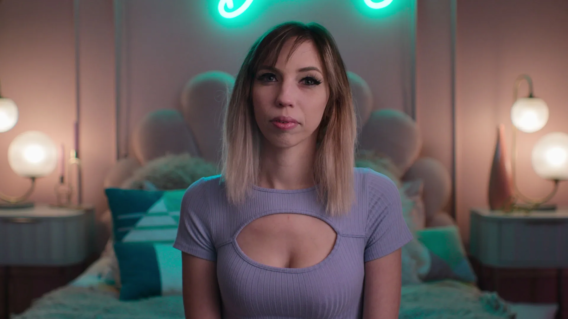 The 2000s saw the rise of the internet. MySpace launched as the first truly popular social network and with that came the rise of the scene aesthetic. For those who didn’t grow up essentially alongside the internet, scene kids had lip rings, brightly colored and overly teased hair, black clothes, and a fuck-you attitude. They were also intrinsically tied to the growing popularity of emo music, which often featured bands screaming about all things sad. This is the backdrop for the new Netflix docuseries The Most Hated Man On The Internet.

As a woman who was a teen in the 2000s, revenge porn was my greatest fear. Friends of mine, both men and women, had their nude photos circulated and shown off in high school hallways or over AIM. But Is Anyone Up? took this fear to another level. Nude photos or videos shared on the site were also accompanied by the subject’s Facebook profile and other identifying information. That included their address and phone number. Users could comment on the photos, with most comments insulting the subject in the most hideous ways possible. It was a digital cesspool. And Moore absolutely loved it.

The Most Hated Man On The Internet documents Moore’s rise and how his deplorable behavior generated a depraved cult of personality that called themselves The Family. Men and women regarded Moore as a god for what he did. Women lined up at parties to make out with Moore, snort cocaine off his penis, and, well, more. He thought he couldn’t be touched. He even gladly compared himself to Charles Manson and delighted in ruining lives.

The Netflix series features interviews with predominantly women, but some men, who were targeted by Moore. They detailed how they lost jobs, lost custody of their children, and some even considered suicide after their photos were posted on the site. Now, in these situations, there’s always an argument about how you shouldn’t send those photos if you don’t want this happening. But these photos are often sent privately to a trusted recipient. That trust is then violated when someone sends those photos without consent and with malicious intentions. They want to ruin someone’s life, and Moore wanted to facilitate that destruction. As Charlotte Laws, mother of one of the site’s victims, calls it, this is a form of digital rape.

It’s only when Laws’ daughter ends up on the site that Moore truly begins to face the consequences of his actions. Importantly, Laws is a wealthy white woman married to an attorney. Both grant her the privilege and resources to fight back against a mediocre white man on a misogyny-fueled power trip hiding behind a computer and edgelord profile picture. She does use that privilege for good. But the series still highlights the more complicated power dynamics at play here and who is able to get the justice they deserve.

Across three episodes that run for about 60 minutes, The Most Hated Man On The Internet tells a story about the horrors of the internet and how misogyny is so often and easily weaponized by angry men. While Moore has faced consequences for his actions, revenge porn is still prevalent. And even more prevalent is how often people are attacked for their looks online and are doxxed, or have their personal information leaked, by online trolls. The Most Hated Man On The Internet highlights both how the toxicity of the early internet was concocted by men like Moore, and how things haven’t changed. It’s a look into our digital nightmare and what it means to exist online outside of what is deemed “normal”. It’s another example of a Netflix series that documents the real-life horrors we face on a daily basis.