This Netflix Horror Movie Is Now A Terrifying TikTok Challenge

Can you do it? 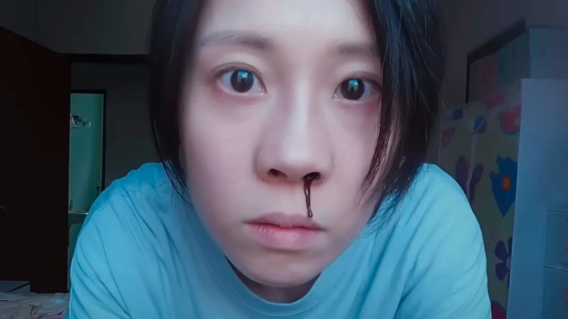 There’s an exciting Netflix horror movie on the scene that’s freaking out the Internet. The Taiwanese instant classic Incantation hails from filmmaker Kevin Ho and is currently taking TikTok by storm. Users all over the platform are totally losing it over the uncanny Netflix horror film. They’re even challenging one another to watch the whole thing without hitting pause or looking away.

The story behind the fascinating shocker concerns a mother determined to protect her child from a mysterious curse she herself once triggered. Evoking realism through signals of Buddism and actual human culture, the power of Incantation is its deceiving bridge to reality. This makes the horror feel that much more believable.

TikTok user NotJustBored1214 took to the scene after witnessing the new Taiwanese horror film. In his call to action, he declares: “I don’t give a f*** how hard or desensitized you think you are, there’s no f****** way any of you are actually watching this entire fucking movie from start to finish without skipping a scene getting jumped scared at least once. Or physically having a guttural reaction of looking away because of how f***** up some of the scenes in this sh** are.”

Check out the Incantation TikTok mayhem yourself:

“Kevin Ko’s Taiwanese found-footage shocker Incantation just might be Netflix’s best horror distribution to date. A non-linear tale of possession and curses, Incantation starts with an accursed dirge,” writes Chad Collins in a recent exploration of the title. Check out why he believes it’s the future of streaming horror.

Lastly, what did you think of Incantation? Is it as scary as TikTok seems to believe? Let us know on Twitter via @DreadCentral. We’re always around to chat about all things horror!