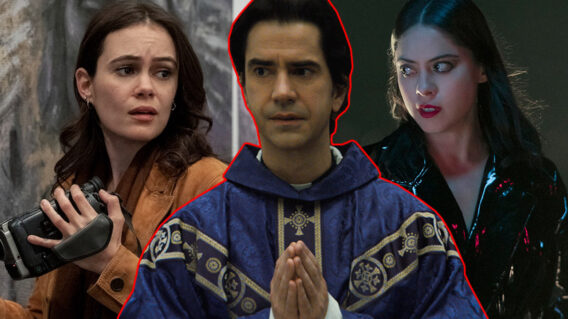 When it comes to original horror television, it’s tough to beat Netflix. For one thing, the world’s largest streamer has harnessed the power of horror hero Mike Flanagan. The Doctor Sleep filmmaker has helmed three exceptional original series for the streamer, and has The Fall of the House of Usher on its way. While it would be fair to argue that Midnight Mass is the director’s finest horror series to date, I’m still partial to his work on the more collaborative The Haunting of Bly Manor. The second—and possibly final—entry in The Haunting universe, Bly Manor captures tragic horror in a way that had me emotionally spellbound during the peak months of the early pandemic.

Flanagan aside, there are plenty of other reasons to tune into the horror narrative content available to binge view on Netflix. Anthology series Slasher has had fans gasping ever since its first season with its epic violence and shocking twists. Like FX’s American Horror Story, this Canadian production has been through a number of settings, including an apartment complex and a ski lodge. It’s an absolute must-watch for fans of casual carnage.

And speaking of brutal international fare, the terrifying Marianne is a guaranteed chilling experience for horror fans looking for something a little bit outside of the box. A French streaming series, Marianne revolves around a young novelist who discovers that the characters she’s invented happen to really exist. Not for the faint of heart.

A personal favorite horror show available to binge is the Charlie Booker series Dead Set. Taking place over the course of only five episodes, this series concerns a fictional Big Brother-style reality series. The twist? There’s been a global Zombie outbreak, and the only people who stand a shot of survival are the personalities still inside of the contestant house/set. A true satire for the books, it also happened to air only weeks after the eighth season of Big Brother ended on the same network in the UK.

Other unmissable horror series you can find on Netflix include Archive 81, Brand New Cherry Flavor, Black Summer, and Ash Vs. The Evil Dead. Archive 81 was sadly canceled after only one very mysterious season. A found footage series produced by James Wan, Archive 81 is a bizarre little series you shouldn’t leave behind. Another Netflix original, Brand New Cherry Flavor hails from Channel Zero creator Nic Antosca and concerns everything that can go wrong when you try to break into Hollywood.

Lastly, what do you think? What are some horror series on Netflix that didn’t make the list but absolutely should have? Make sure to let me know on Twitter via @joshkorngut. I’m always around to chat all things horror TV!