So don't even bother trying to get away with it... 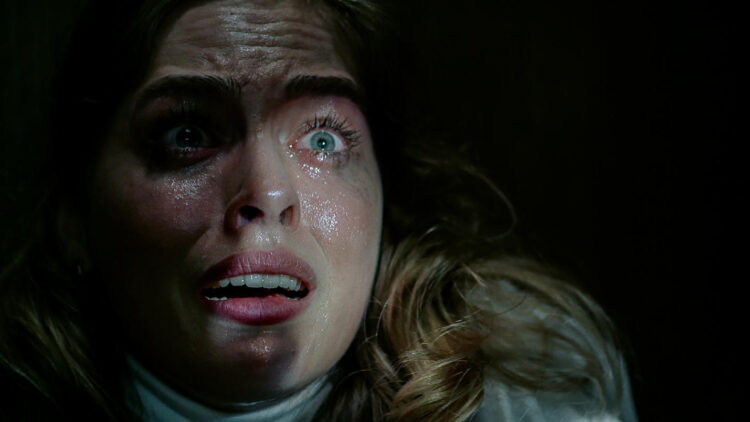 “I don’t want to die—I just want to live,” bemoans pop phenomenon Kim Petras over the trailer for Netflix’s upcoming teen slasher throwback There’s Someone Inside Your House.

The film concerns Makani Young who has moved from Hawaii to quiet, small-town Nebraska to live with her grandmother and finish high school. Unfortunately, as the countdown to graduation begins, a killer starts to slay her classmates. That’s not even the worst part. The assailant is intent on exposing their darkest secrets to the entire town, terrorizing victims while wearing a life-like mask of their own face. With a mysterious past of her own, Makani and her friends must discover the killer’s identity before they become victims themselves.

Check out the trailer now

There’s Someone Inside Your House is based on Stephanie Perkins’ New York Times best-selling novel of the same name. The Netflix adaptation comes from screen scribe Henry Gayden (Shazam!) and directed by Patrick Brice (Creep.) Also, this new title is produced by James Wan’s Atomic Monster (The Conjuring).

Further, the Creep director told Entertainment Weekly how excited he was to get the author’s blessing. Here’s what he had to say:

“Having her support was really important—Henry, the writer, strayed from the novel and took some creative license in terms of making it feel as cinematic as he could. The fact that she was really excited about that and loved the ways that it was different from the novel was a relief because you bear a certain sense of responsibility taking this thing from this one person’s head and turning it into a movie. Unfortunately, the day that she arrived, we were filming a scene where Sydney Park’s character was being picked up by an Uber driver, so it was about as uninteresting a moment in the movie as you could find. But she was still excited to be there and amazed that it was all happening.”

Lastly, what do you think? Will you be be tuning into There’s Someone Inside Your House when it Netflix? Let me know on Twitter via @joshkorngut. I’m always down to talk about all things teen slasher!