These two animated shorts shed light on Chile's tumultuous past. 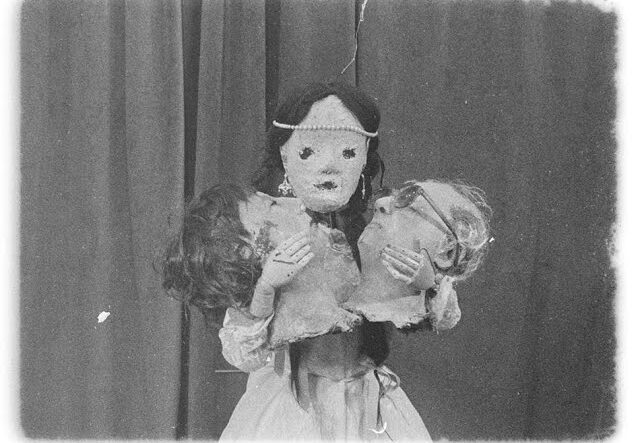 Within two decades, Chile’s animation industry went from suppressed silence to dominating the animated films from Latin America. In 2022, five feature films are circling around the circuits looking for distributors. Hearing this great news brings me back to when I first encountered Joaquín Cociña and Cristóbal León’s The Wolf House. When I first heard of the story and the reception it had gathered, the film was unavailable to watch. Eventually Amazon Prime offered it. Before watching, I knew nothing about Chile’s past. So I was floored by the creativity of this duo and how they presented a country’s tumultuous history. Once Shudder released the film on their streaming platform, the horror community received this unique animated film critiquing Chile’s fascist history with open arms.

Chile is continuing the trend of speaking against its complicated and brutal history through genre animated short films. Los Huesos and Bestia bring social awareness of the atrocities that were either swept under the rug by dictator Pinochet or simply glossed over on an international level. Originating from Santiago de Chile, these two short films highlight different eras from its country’s history through animation.

Produced by Ari Aster, Los Huesos is directed by The Wolf House duo Cociña and León. Here, they highlight Chile’s political origins while connecting it to Pinochet’s regime. Before the start of the short film, a block of text fills the screen. The fictional claim states Los Huesos is lost footage from the world’s first animated film which dates back to the early 1900s. With this in mind, Los Huesos follows a young girl named Constanza Nordenflycht. She is to dig up two skeletons in order to perform an exorcism and reanimate the bodies. The two bodies belong to Diego Portales, who helped create Chile’s constitution in 1833, and Jaime Guzman, who was Pinochet’s close advisor and played a major role in the re-written constitution of the 1980s. Constanza’s goal is to posthumously divorce Diego with Jaime acting as the priest.

By now, Cociña and León’s nightmarish work is distinctive to the point where just a still from their films is easily recognizable. The direction duo follows the same style of including the creation and the destruction of 2D painting and 3D claymations seen in The Wolf House. And just like that film, Los Huesos adheres to the surrealist element. Constanza plays with the severed limbs of the two bodies. At times she fabricates different humanoid figures using Roman pillars and vines with obscene features such as eyes and mouths sewed shut. The short film quickly enters body horror territory as we witness the creation and destruction of these bodies over a short time frame.

Also Read: ‘The Light on the Hill’: The Lingering Effects of Colonization [Horror En Español]

While Los Huesos can be appreciated for its artistic value, Cociña and León add an enormous amount of subtext and layers dealing with Chile’s history and its political origins. In real life, 15-year-old Constanza had a sexual relationship with Diego, who was in his early 30s. During the time of Diego’s manipulation and grooming, he was promoted to Chief Minister. In the midst of owning all the real power to the lands, he ruled through the creation of the Constitution which favored a Catholic, unitarian state while silencing liberal opponents.

Over 100 years later with another draft and reinterpretation of the constitution in between, Jaime Guzman helped write the Constitution for the third time in the 1980s. This was during Pinochet’s rule who also endured by silencing his enemies. As the short film follows Constanza’s journey to unwed, this story can be taken as Chile attempting to separate itself from the right-leaning Constitutions that were placed into fruition during Chile’s history.

What makes Los Huesos different compared to Cociña and León’s past work is the inclusion of the Silent Era. This leads to the aesthetic closely resembling German Expressionist films. After all, the main focus of the film is centered around the journey of Constanza’s emotions as she conjures the dead and attempts to break the marriage. The mixture of Silent Era filmmaking and surrealist visuals lead to a chilling dream-like short film.

As we circle back to Pinochet’s regime, Oscar-nominated Bestia takes a look at one of Chile’s atrocities that went unpunished. Written and directed by Hugo Covarrubias, Bestia is based on Ingrid Olderock and her monotonous daily rituals. As the short film progresses and the true nature of Ingrid’s work is revealed, the narrative takes a disturbing turn. We learn about her torture methods against the leftist opposers of Pinochet.

Unlike Los Huesos, whose eerie animation is appropriate for the story, there’s a sense of juxtaposition in Bestia because of the subject matter and the style of animation. Bestia enters Ingrid’s, literal and figurative, cracked psyche. But the vile characters are physically created with appealing ceramic moldings. These figures wouldn’t look out of place on a grandmother’s shelf. The personified ceramics pieces are sleek and highly detailed. Match this with the liveliness of Ingrid’s dogs and the film could easily be mistaken for a children’s show. Until the film reveals Ingrid’s sinister and repulsive torture methods.

While the majority of the film is fairly grounded in its storytelling, there are a few instances of surrealist scenes. These scenes mainly consist of a dreamlike landscape with a black sky and a constant wind as Ingrid stands on the flowing grass. Multiple scenes involve actions that could honestly only be perfectly displayed through animation as they suspend all logical beliefs. These scenes are used to show how her trauma, which is also Chile’s trauma, is affecting her mind and persona. But there is no sympathy coming from the director, as there shouldn’t. Her actions at the detention center are inexcusable. Through it all, Ingrid embodies the evil and sadistic nature that ran through these power-hungry officials during this time of turmoil.

Bestia is currently available to rent on Vimeo.

Animated films can highlight conflicted and brutal material through their surrealist display. While the live-action films depict the horrendous actions performed through troubling times in a country’s past, surrealist stop-motion animation seems to be Chile’s forte. It’s an appropriate response to the trauma the country has endured. It allows for the depravity of humankind to be displayed and focused on screen. Only, the surrealist element allows for dissociation to take place and lets you ponder the horrific situations. The disturbing subject matter can be a little easier to stomach as the barbarity taking place is contradicted animated images.

I’m glad Chile is finally able to produce its stories without the possibility of being silenced through censorship. Los Huesos speaks on how authoritarianism has been ingrained into Chile’s politics since its origins by inviting characters from different time eras without it feeling cheap. Bestia brings awareness of the vile people taking advantage of the ruthless times under Pinochet’s rule. Artists and creatives are given the chance to express their feelings with this medium. Through this, their suppressed stories can finally extend across the world to teach and entertain.