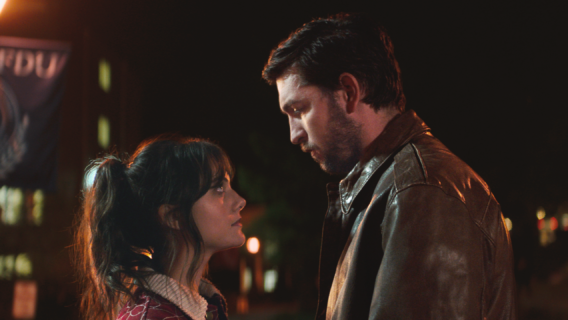 I’ve had to tell men “No” before. As a man attracted to men, that’s expected, of course. Everyone really, at some point, has to reject someone else. Rejection was most common in my early twenties. I was a graduate student in a new city, awkwardly shifting between different spaces and different roles. I would sometimes spend entire days without talking to a single person younger than forty. Some of these men were nice, and on some occasions, they wanted to talk to me more. About movies or books, my graduate research, things I’ve published or read or heard about.

The interludes were always the same. I was “wise beyond my years,” “different,” and perhaps my personal, (now) gag-inducing favorite, an “old soul.” Some of these men respectfully accepted my refusals. I simply wasn’t interested. Others weren’t so kind. I once had to leave a job I enjoyed immensely because my partner (professional) at the time simply couldn’t conceive that while I was capable of wanting a friendship with them. I didn’t have any romantic interest beyond that. Sometimes, it was even worse than that. Frighteningly worse.

It’s an exhausting communication cycle, one both original New Yorker short story writer Kristen Roupenian and scriptwriter Michelle Ashford recognize well in the aptly titled Cat Person, which just had its world premiere at the 2023 Sundance Film Festival. Director Susanna Fogel and Ashford, at first, biblically follow the trajectory of Roupenian’s original internet sensation. It’s only in the third act that, having run out of material (and perhaps on account of a nascent desire to make Cat Person more horror-accessible), the movie becomes something else entirely.

Already the fest’s most polarized, buzzworthy title, whether Cat Person works will be entirely on account of audience expectations and, yes, experiences. While my own young adult dating profile isn’t the mark Cat Person targets, the parallels are there, and resultantly, Cat Person is more terrifying than any film adapted from the New Yorker ought to be.

Audiences are introduced to Emilia Jones’ Margot as she labors away behind the concessions counter at a small movie theater. Robert (Nicholas Braun), a much older man, arrives and orders popcorn and Red Vines. Margot flirts, though Robert is dismissive. Intermittently, Margot experiences extrasensory fantasies, a recurring narrative motif. Sometimes innocuous, such as imagining herself meeting Robert in his theater seat, and sometimes not—imagining a stray dog beheading her dorm’s resident advisor (make no mistake, Cat Person is firmly in the horror camp).

Soon, Robert ostensibly concedes to Margot’s interest, and for a period of time, they have a cute, deeply-millennial, textual relationship. Robert is sweet, funny, and—perhaps most importantly—a cat person. He likes that Margot is “smart” for her age. Mature. She likes that he’s, well, a guy. Specifically, a kind of cute guy who can at least keep a solid rhythm going over text. After a disastrous first date, they meet up again. Robert’s allure wears thin, almost gauze like, as he floats about like a translucent specter Margot can see straight through. She’s desperate to find any proof of the man she’d been texting. Margot often regresses back into her fantasies to explain away small slights and odd behavior.

Most of that odd behavior is linked to Robert’s singular, self-aggrandizing focus. Robert, as a filmic pantomime for all the men just like him, doesn’t see beyond himself. Margot only exists within his perception of the self, within the parameters of his own egocentric schemas. Margot is unwittingly obligated to know the things he knows, like the things he likes. Nothing exists beyond the periphery of Robert. When Margot interjects—whether that be a mention of Spirited Away or thoughts on Carrie Fisher’s hair—Robert isn’t just dismissive. He’s unequivocally unresponsive. Incapable of perceiving anything beyond his own myopic value judgments.

Brief beats of fantastical violence keep Cat Person trundling along, ably augmented by two sensational performances from both Braun and Jones. Their chemistry welcomely and necessarily shifts from casual cute to self-concealed danger. While the third act turn into firm horror territory is liable to lose some viewers, the true horrors exist and ferment long before then. As Margot remarks to herself in fantasy as she and Robert have sex—why can’t she just say no? Why is saying she’s simply not interested such a dangerous thing to do?

It is, and Cat Person knows it. Some audience members know it too, and like Robert’s own deluded mind, that danger will be hard—perhaps impossible—to fully shake. For all the narrative excess and pop culture flourishes (including a Britney Spears beat clearly looking to ape Promising Young Woman’s Paris Hilton montage), Cat Person is never anything less than dishearteningly, terrifyingly real.