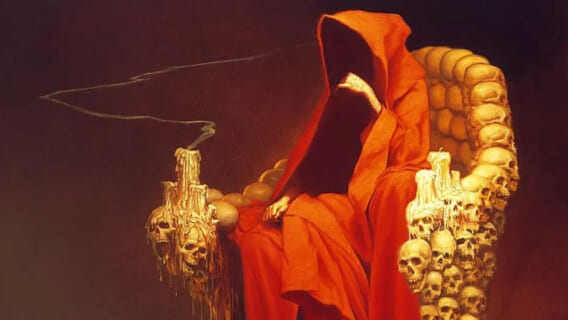 Mike Flanagan is the King (excuse the pun) of horror television. In the past few years, he delivered genre fans The Haunting of Hill House, The Haunting of Bly Manor, Midnight Mass, and The Midnight Society. All of these, mostly well-received, series were made for Netflix. This is also where his next show, The Fall of the House of Usher, will also soon premiere. But now the spooky auteur has pocketed the rights to a brand new project: Stephen King’s magnum opus, The Dark Tower, a collection of eight novels spanning countless years and tens of thousands of pages.

To make matters even more interesting, Flanagan and his label Intrepid have signed a new overall deal with Amazon Studios after a long and successful road with Netflix. Amazon themselves attempted to bring The Dark Tower to series a few years back but passed on a pilot developed for them by MRC.

Now Flanagan sat down with Deadline to discuss his dream project and if Amazon will support him on the long road ahead.

“Predating our deal with Amazon, we acquired the rights to The Dark Tower, which if you know anything about me, you know it has been my Holy Grail of a project for most of my life. We actually have those rights carved out of our Amazon deal, which doesn’t mean that they can’t or won’t get behind it at some point — you don’t know. But that’s something we’ve been developing ourselves and are really passionate about finally getting it up on its feet at some point.”

When asked how far along he was towards The Tower, Flanagan explained: “I wrote a pilot, we view it as a series that’s going at least five seasons. And having lived with this project as long as I have, I have an enormous amount of it worked out in my brain. But I have a pilot script I’m thrilled with and a very detailed outline for the first season and a broader outline for the subsequent seasons. I think eventually, if we’re able to get it going, there are some other writers I want to fold into that process whom I’ve worked with before; I think they would be really fabulous for a very small, intimate writers’ room where we can continue to break it.”

The Doctor Sleep director also explained that he received the rights to The Dark Tower after presenting its author with a thorough pitch, having already proven himself by creating numerous King adaptations at the time.

“This happened because I sent him a very, very detailed outline of what I wanted to do with it. And it was in response to that, that he gave us the rights. A project like this, I wouldn’t want to be involved in it at all If we were taking it in a direction that was going to be blasphemous to the Stephen King material, but he’s been very, very supportive and very excited about what we’d like to do with it.” Flanagan told Deadline.

The creative team sees this adaptation as a five seasons series followed by a couple of films. Flanagan explains further, saying, “I have seen it breaking out into five seasons of television, followed by two stand-alone features. But I think our priority has been trying to get the television side of it going first. We’re not going to put the cart too far ahead of the horse on such a challenging project, but that I think is the perfect way to do it.”

But Flanagan and his team are very cognizant of the recent difficulties Amazon faced in attempting to bring The Dark Tower to life not so long ago and seem understanding that the studio may feel wary about trying it again.

“We’re just at the very beginning of this new relationship. We were careful to keep it carved out just in case, we would be fairly understanding of any institutional PTSD off of the other attempts they made at adapting it over there. So we wanted to keep that separate. But they’re absolutely aware of it, and if that’s something that they would be interested in, we’ll be thrilled.”