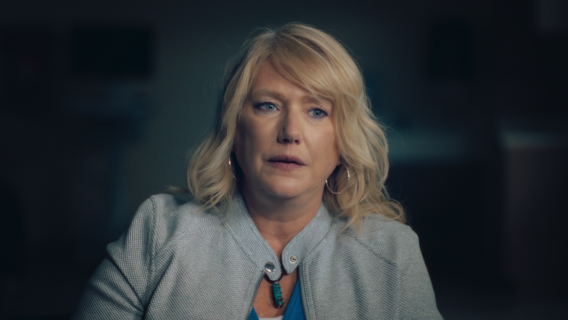 If you’re anything like me, you keep your ear to the ground when it comes to all things true crime on Netflix. And with the premiere streamer releasing outrageous documentaries on a weekly basis, it’s easy for some titles to get lost in the shuffle. Well, not today Satan.

Out this morning on the platform is Capturing the Killer Nurse, an especially grisly-looking documentary about the apprehension of Charles Cullen.

This documentary film unveils “how investigators proved ICU nurse Charles Cullen was killing patients — and how close he came to getting away with murder.”

Charlie Cullen was an experienced registered nurse, trusted and beloved by his colleagues at Somerset Medical Center in New Jersey. He was also one of history’s most prolific serial killers, with a body count potentially numbering in the hundreds across multiple medical facilities in the Northeast. Based on The Good Nurse, the best-selling book written by Charles Graeber and dramatized in a Netflix feature film starring Jessica Chastain and Eddie Redmayne that released this fall – this new documentary from Emmy-nominated director Tim Travers Hawkins (XY Chelsea) reveals the twisted story behind Cullen’s hidden spree of murders. Using audio from Cullen himself and emotional sit-downs with those closest to the events – including whistle-blower and fellow nurse Amy Loughren, the detectives who cracked the case, author Graeber, and family members of the victims – the film traces how the truth was initially too shocking for anyone to comprehend, and how Cullen’s horrific actions underscore an even bigger danger still lurking in our healthcare system.

Check out the official trailer for Capturing the Killer Nurse:

Lastly, will you be checking out the new Netflix documentary Capturing the Killer Nurse? Make sure to let us know on Twitter via @DreadCentral. We are always around to chat about all things true crime.

Dread Central is on Google News