‘Jeepers Creepers Unseen’ Dissects The Franchise With A Trauma-Informed Counsellor 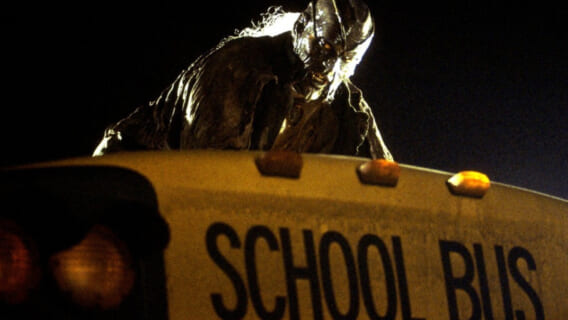 Jeepers Creepers is a popular horror franchise spawning over twenty years, four films, and a passionate fanbase. But this community has become increasingly divided as public awareness surrounding its creator’s disturbing crime continues to rise.

With its second episode out today, the new true crime podcast Jeepers Creepers Unseen attempts to unearth this controversial franchise by reviving its past, contextualizing the harm perpetuated by the creator, and taking an honest look at why so many fans refuse to let this series of films die.

In Part II: The Films, the Jeepers Creepers Unseen podcast receives the help of Trauma-Informed Counsellor Juliana Bruyn to discuss the first three films in the series through a therapeutic lens. Bruyn has been working in the addictions and mental health fields for over a decade and brings in a unique and valuable perspective to these films and the context surrounding its creator.

The second episode of Jeepers Creepers Unseen landed today on the DREAD Podcast Network via Development Hell. Subscribe to the Development Hell podcast so you never miss an episode.