‘All Jacked Up And Full Of Worms’ Trailer: Get Ready for Worm-Fueled Madness 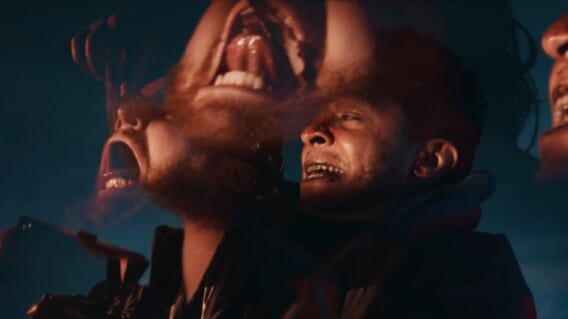 Cinedigm releases today the new trailer for Alex Phillips’ psychedelic nightmare All Jacked Up and Full of Worms. They’ve also announced a November 8th premiere date on the Bloody Disgusting-powered streaming service SCREAMBOX. Cinedigm is also planning a wide digital release of All Jacked Up and Full of Worms on November 8th followed by an exclusive window on Cinedigm’s indie discovery platform Fandor. And this is a cinematic experience you don’t want to miss.

Check out the full synopsis below:

The subversively funny debut feature from Chicago writer/director Alex Phillips, All Jacked Up and Full of Worms is a flamboyant, darkly outrageous new vision that mashes together retro grindhouse thrills with the squirmy depths of underground cinema. Working at a seedy motel, maintenance man Roscoe (Botello) is always searching for his latest fix. When he stumbles upon a powerfully hallucinogenic worm, his days of dime-store drugs are over. Along with his new love interest (Dawkins), the pair embark on a delirious odyssey of sex, violence, and becoming one with the dirt.

Now, get a gnarly look at the worm-fueled nightmare that awaits you:

In her review out of Fantasia, Dread Central’s Mary Beth McAndrews wrote:

All Jacked Up is, at its core, a crusty buddy comedy steeped in worms, blood, and vomit. It’s one of the most uncomfortable viewing experiences I’ve had all year and it’s a film I’m still processing days after watching it. It’s not a movie that really wants you to like it. Rather, it’s a film that wants to challenge you with its imagery.

Phillip Andre Botello (The Art of Self-Defense), Trevor Dawkins (Easy), and Betsey Brown (The Scary of Sixty-First) star in All Jacked Up and Full of Worms. Eva Fellows, Mike Lopez, Carol Rhyu, and Sammy Arechar also appear in the film. Phillips, Georgia Bernstein, and Ben Gojer served as producers. 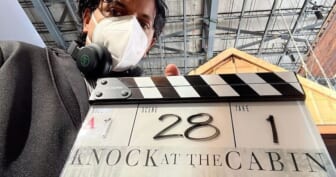 Everything We Know So Far About M. Night Shyamalan’s ‘Knock at the Cabin’