Save your family or save humanity. Make the choice. 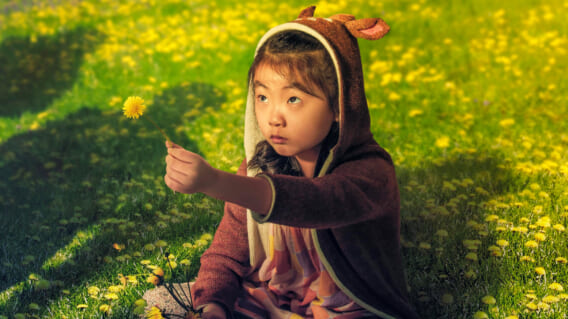 Are you ready for some twisted, high-stake family drama? Good, because the first trailer for the M. Night Shyamalan-directed Knock at the Cabin has arrived and it’s a head-spinner. For those of us who have not read the source material, this first footage is tonally surprising and tense as hell.

In the film, while vacationing at a remote cabin, a young girl and her parents are taken hostage by four armed strangers who demand that the family make an unthinkable choice to avert the apocalypse. With limited access to the outside world, the family must decide what they believe before all is lost. Check out the first trailer for M. Night Shyamalan’s latest below.

The screenplay for the title hails from M. Night Shyamalan and Steve Desmond & Michael Sherman and is based on the national bestseller The Cabin at the End of the World by Paul Tremblay.

Knock at the Cabin will see M. Night Shyamalan continue playing in the Universal sandbox after delivering hit after hit for the studio over the past decade. His last four films, Old (2021), Glass (2019),  Split (2017), and The Visit (2015) were all successful Universal studio joints.

Check out the first trailer for Knock at the Cabin:

Lastly, what did you think of the trailer for M. Night Shyamalan’s Knock at the Cabin? Let us know on Twitter via @DreadCentral. We’re always around to chat about all things M. Night!