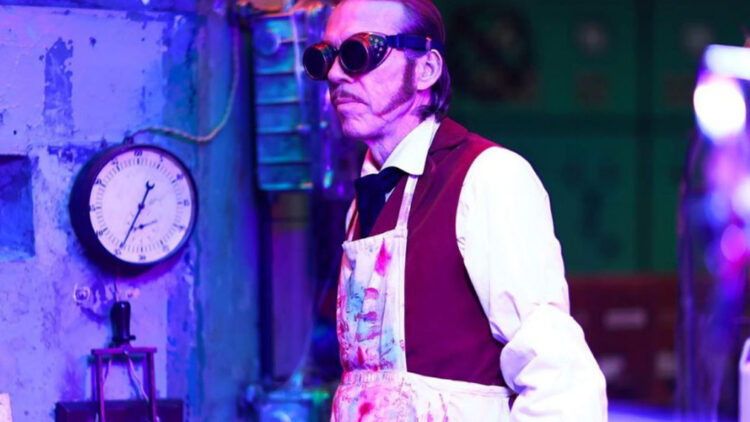 Rob Zombie is back on Instagram today with a brand new still from his adaptation of The Munsters! This time revealing, that in the land of Gods and Munsters, Richard Brake will be playing the most popular mad scientist in town.

The veteran character actor has been officially cast as Dr. Henry Augustus Wolfgang in Rob Zombie’s forthcoming adaptation of The Munsters. The performer took to Twitter to share his excitement about playing what Zombie describes as “Transylvania’s most popular Mad Scientist.”

In his status, Brake shared the following update: “I’ve hung out with Stormtroopers, killed Batman’s parents and popped into the Marvel Universe. But this! This is a childhood dream come true. The Munsters!!! So excited to be a part of it.”

You will undoubtedly recognize the actor from his roles in classic films like Batman Begins, Cold Mountain, and Thor: The Dark World. Brake has also appeared in numerous Rob Zombie projects, including 31 and Halloween II. Most recently you can spot him playing the role of Mr. Big in Gigi Saul Guerrero’s Bingo Hell for Blumhouse.

This casting comes only a few weeks after learned of the main casting for the reboot, and no surprises were made. Sheri Moon Zombie (The Devil’s Rejects) is playing matriarch Lily Munster. Jeff Daniel Philips (The Lords of Salem) is taking on Herman Munster, whose clay-sculpted headpiece had been previously shared via Rob Zombie’s Instagram. And finally, we’ve got Daniel Roebuck (3 From Hell) as Count/Grandpa Munster.

Finally, let us know: Are you a fan of Rob Zombie? Are you excited to see how The Munsters turns out? Share your thoughts in the comments below or on Facebook, Twitter, or Instagram. Dread Central is now on Google News!