Logan Kim's character in 'Ghostbusters: Afterlife' is digging up the dirt. 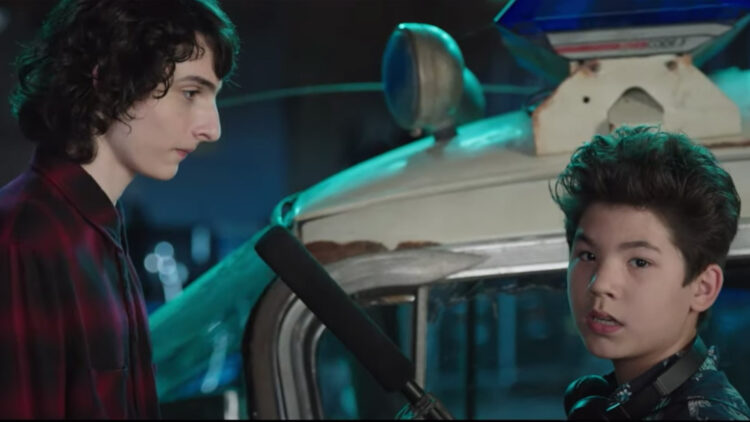 After what feels like years of waiting, Ghostbusters: Afterlife is finally hitting theatres on November 19th.

Today we’ve got our first solid introduction to one of the latest characters joining the Ghostbusters universe: Logan Kim’s Podcast. Interested in why this character goes by the name Podcast?

Check out this Ghostbusters: Afterlife featurette to find out:

The newest entry to the Ghostbusters universe is making a change of pace and environment. While all three previous entries took place in Manhattan, Ghostbusters: Afterlife is taking a trip to the country.

Director Jason Rietman mentioned a need for a change “of color palette”, and we wonder what else is in store for this rural-set update on Ghostbusters.

He also had some cool news for fans who may be concerned about the film’s dedication to authenticity and attention to detail. Well, fret not…

Here’s what Reitman had to say about it to IGN:

We studied all of the original props, and we measured them, we learned them. We tried to get them down to the screw, down to the rust. It was very important to me right from the beginning that we are really paying homage to the original film and trying to recreate it to the best of our ability using old techniques when necessary.’

When a single mother and her two children move to a new town, they soon discover that they have a connection to the original Ghostbusters and their grandfather’s secret legacy.

Lastly, are you pumped to check out Ghostbusters: Afterlife? Let me know on Twitter via @joshkorngut. I’m always down to talk Ghostbusters and all things horror! You can also let your voice be heard in the comments below or on Facebook, Twitter, or Instagram! Dread Central is now on Google News!