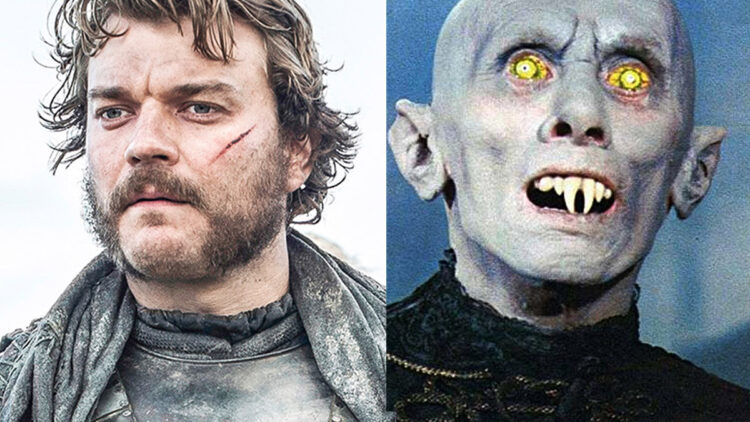 Development on New Line’s upcoming remake of ‘Salem’s Lot is well underway. And, it likely won’t be long until we finally start to see promo materials for the highly anticipated reboot. In the meantime, The Hollywood Reporter got wind of the latest exciting cast member to now enter the vampire-infested town of Jerusalem’s Lot: Game of Thrones star Pilou Asbæk has joined the already star-studded ensemble which is currently shooting.

He lasted a full two seasons before meeting a grisly demise, which for GOT standards is pretty good. The Danish actor is reported to be playing the role of Richard Straker, the Reinfield-esque vampire assistant in the Stephen King adaptation. (In other words, a real bad dude.)

After the success of their IT films, New Line is pulling zero punches on its upcoming adaptation of Salem’s Lot, Stephen King’s second novel. The studio has hired a familiar face, Gary Dauberman, to helm the big-budget project. Dauberman wrote IT: Chapter 2 as well as the Annabelle series.

Salem’s Lot was first published in 1975 and became Stephen King’s first #1 bestseller in The New York Times. The novel became an immediate classic and quickly spawned the 1979 TV miniseries adaptation from Tobe Hooper.

The creative team behind the new Salem’s Lot is a who’s-who of the spooky mainstream. It’s produced by James Wan (Insidious, The Conjuring) alongside Mark Wolper and Roy Lee. Lee has the honor of producing IT, which currently sits as the highest-grossing horror movie ever made.

Lastly, how do you feel about this new version of Salem’s Lot? Are you excited to see what Dauberman and friends are cooking up? Let me know on Twitter via @joshkorngut. I’m always down to talk all things, Stephen King!