Three Horror Directors Made Their Movies During COVID. Now, at TIFF 2021, They’ve Made Their Mark 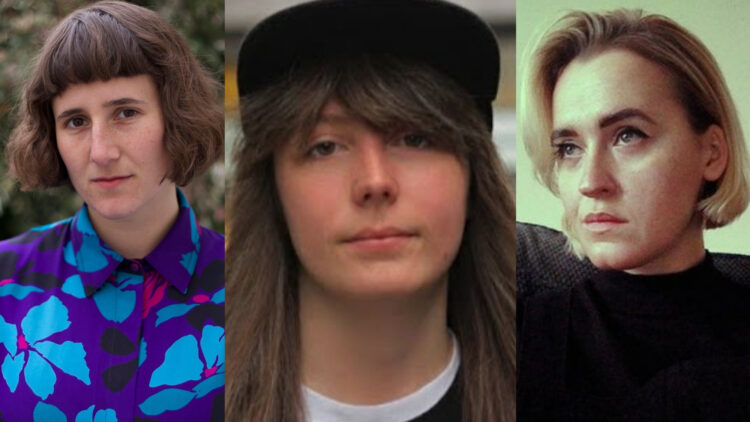 This year, the Toronto International Film Festival’s renowned Midnight Madness program was cut down from its traditional 10 features to just six. But while TIFF 2021’s lineup change may have disappointed some regulars, it left room for emerging voices from around the world to reach new audiences.

Their films—Mlungu Wam, You Are Not My Mother, and A Banquet, respectively—are likely to be classified as “elevated horror.” They’re stylishly made, and they explore intergenerational trauma, from shared psychological struggles like depression and eating disorders, to sources of systemic oppression such as colonialism.

But unlike many other films put in this category, they were all made on budgets of under $1 million. (Bass’ film, also known as Good Madam in English, cost only $100,000.) What’s more, all three were also shot, and are now being distributed, during the worldwide pandemic.

“Ireland went into a second wave lockdown during our first week of shooting,” Dolan tells Dread Central. While making her debut feature, You Are Not My Mother, she says that “all the streets were empty, there were stay-at-home workers, and loads of our locations pulled out.”

Paxton had a similar experience shooting A Banquet—also her first feature—in the U.K. When the region went into its first lockdown, she says that “everybody was still finding their way with protocol on set.”

“We had some bold, courageous, producers that knew when the right time to go was, but we did it without insurance,” Paxton says. “It was really risky. We relied upon our crew to support us in self-isolating—and without being paid to do so, because we were so low-budget.”

With an even more limited budget, the majority of Mlungu Wam’s team had to quarantine together in the suburban home the film takes place in, which Bass says was “really old and falling apart.” The location posed safety concerns outside of COVID as well: The house was located in a gated community that was not welcoming to the majority Black cast and crew. “We tried to channel all our frustration at their prejudice into the film,” Bass says.

With their unconventional production process behind them, Bass, Dolan, and Paxton brought their final products to TIFF 2021. And once again, they had to adjust their expectations. Paxton—who was in Toronto a decade prior as part of TIFF’s Talent Lab—says her film’s sales agents were “aghast” at how quiet the usually rowdy festival was, with its mix of digital and socially distanced in-person screenings.

Still, Paxton adds that “after this last year, and having seen friends of mine debut their films online, I just felt so grateful to be at TIFF. Plus, I’m an introverted and not very social person, so it suited me.”

Despite constantly changing border restrictions, all three filmmakers managed to make it to Toronto for their respective world premieres and got to see fans react to their work in real time. Dolan had the full Midnight Madness experience during her first trip to Toronto, with the September 12 premiere of You Are Not My Mother as packed as the city’s COVID restrictions would allow.

Also Read: TIFF Review — You Are Not My Mother Makes Folktales Frightening

“Because our movie is quite tense, at first I was like, ‘Oh my God, this audience is so quiet,’” Dolan says. “Then there was a point in the movie where our sound kind of dropped there and you couldn’t hear anybody move or a single sound. At that point I was like, ‘OK, they do really like it.’ I could tell that everyone was really invested.”

Paxton, meanwhile, took delight in how disgusted audiences were with A Banquet after sitting in on the world premiere on September 10. “There [were] a couple of women in front of me that were very audible in their responses to what they were seeing, which I loved because it taught me what they were enjoying,” she says.

“There are obvious horror moments and there are moments where there’s [jump scares]. But there’s also a bit later on in the film where the younger sister vomits on a window. That bought the strongest kind of response from the audience, which I loved because it was just human gore.”

For Bass, TIFF 2021 was a homecoming of sorts. The South African filmmaker previously premiered her films High Fantasy (a body-swap comedy) and Flatland (a western mystery) at the fest in 2017 and 2019.

“I’m so grateful to have this international platform,” Bass says of her history with the festival. “It’s allowed audiences in North America to see these films as a body of work, to see the links between them and what they’re trying to do collectively.”

“I also love using genre as a way to connect with different audiences,” Bass continues. “Mlungu Wam is a great example—watching it connect with this wider, awesome horror community has been great, and really disproved the notion that nobody cares about foreign language films.”

When she’s not making films, Bass also teaches directing and screenwriting. When asked to share her advice for the next wave of genre filmmakers, she simply said, “Don’t wait for permission.”

“I spent a lot of time waiting for someone out there to give me they money, or the support or even just a thumbs up to make my first feature,” Bass explains. “Eventually, I realized that no one would—they were all waiting for me to make a feature to prove that I could make a feature so they could then maybe support me in making a feature. So, I just did it with what I had.”

“Of course, it wasn’t easy—there is so much fear around making mistakes, and pressure for your first film to be perfect. You have to ignore this, as much as possible, and be OK that you will make mistakes and learn.”

After making and debuting her own first feature, Dolan echoes Bass’s sentiments.

“When you’re starting out, the fear is that you’re not doing something right, or that you defer to a person that has been in the biz for like 30 plus years,” Dolan says. “Obviously, it’s important to take advice from those kinds of people. As a filmmaker, to really make a film that feels like your own and feels like your movie, I think it’s really important to just kind of trust your gut feeling.”

“From a production perspective, I would just say look after yourself because it’s really knackering,” Paxton adds. “That was the advice I was given by my friend who’d made her first feature.”

Working 14-hour days in short bursts, Paxton says, will lead anyone to eventually run out of steam. “I think a lot of that’s to do with my mood disorder… but making movies is emotionally and physically taxing.”

Mlungu Wam, You Are Not My Mother, and A Banquet screened as part of TIFF 2021’s lineup.