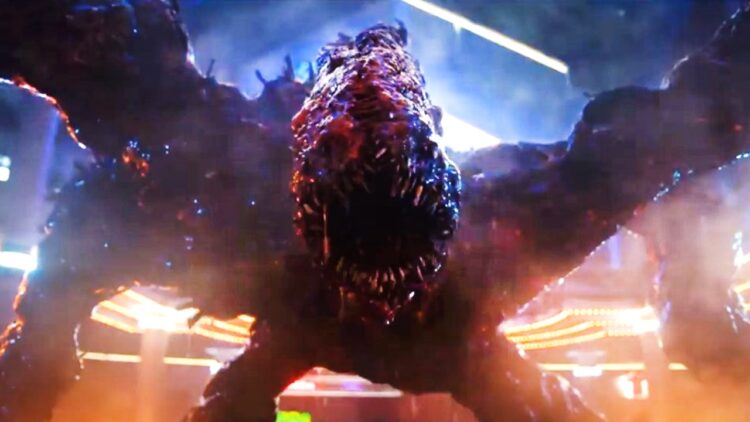 The next installment of the “Dissecting Horror” digital panel series will take place TODAY (Wednesday, September 15th) at 6 pm PST focusing on VFX, with artists from the visual effects company Crafty Apes.

Dread Central and Jordan von Netzer of Projection PR launched “Dissecting Horror” on April 15th, 2020 with a panel focused on horror film scores. Since then, they have produced panels spotlighting stunt coordinators, costume designers, composers, visual/special effects and the creatives behind Followed, Cruiser, 12 Hour Shift, Don’t Look Back, Hunter Hunter, Willy’s Wonderland, Wrong Turn, Dreamcatcher, Making Monsters, The Banishing, The Stairs, The Boy Behind the Door, We Need To Do Something, Initiation, The Djinn, and Parallel.

Chris LeDoux is a Crafty Apes co-founder and Senior VFX Supervisor. Originally from Alaska, LeDoux’s fascination with cinema and filmmaking led him to the world of visual effects. Being a leader in high-level producing and VFX supervision, LeDoux’s career in VFX began as a compositor. A frequent collaborator of filmmakers known for crafting memorable stories and an industry veteran, LeDoux is the VFX Executive Producer on projects such as The Eyes of Tammy Faye, The Starling, Vacation Friends, and Fear Street. Having worked in various areas of filmmaking, LeDoux has a unique understanding of narrative storytelling, which has led him to work on high-profile episodic television and film.

His directorial work can be seen on CW’s Pandora, on which he is also a producer. He is well known for his and his team’s visual effects work on more than 100 films and television programs, including the Academy Award-winning La La Land, Best Picture nominee Hidden Figures, and high-profile titles such as Stranger Things, Captain America: Civil War, Jumanji, A Wrinkle in Time, Doctor Strange, Uncle Drew, Deadpool 2, Thor: Ragnarok, 12 Years a Slave, Star Trek, Lodge 49 and numerous others. LeDoux is currently based in Atlanta, which is also the headquarters of the VFX studio.

Leslie’s dreams of being an artist began when she was three years old, drawing on the walls and furniture of her childhood home in New York City. In time, her artistic pursuits led her to the School of Visual Arts, where she majored in computer art before landing in the professional world of VFX.

Now a 13-year veteran of the industry, Leslie has worked on films and TV shows as both a distinguished supervisor and producer, with credits including all seasons of Star Trek Discovery, Manifest Season 3, The Night House, Marvel’s Runaways, Deadpool 2, The Ballad of Buster Scruggs and more. Leslie’s tireless work ethic, fine attention to detail, and commitment to her clients and colleagues has been instrumental in the growth of the talent and culture of Crafty Apes NY and to the NY VFX industry in general. In addition to all her efforts at Crafty, she is also the (two-time) current chair of the NY VES board.

An Atlanta transplant by way of Westchester, New York, Steve’s passion for cinema led him to study at SCAD, where he received a bachelor’s degree in visual effects. After college, he started out in the film industry as a paint and roto artist, then began working as a compositor before joining the Crafty Apes team and, eventually, becoming a visual effects supervisor.

His credits include films and TV shows such as Fear Street, Darkest Minds, American Gods, and Stranger Things Season 2, the latter of which earned him an Emmy nomination for Outstanding Special Visual Effects.

Matt Akey has been in the Hollywood community, producing visual effects, animation and live-action content for over 20 years. He is an ardent fan of bullet points:

Will you be joining our panel with Chris LeDoux, Leslie Chung, Steve DiNozzi, and Matt Akey on Wednesday, September 15th? Let us know in the comments below or on Facebook, Twitter, or Instagram! You can also carry on the convo with me personally on Twitter @josh_millican. Dread Central is now on Google News!