The folks behind 'Terrifier 2' are hoping to launch the next great horror franchise with 'Stream'. Check out our image gallery now. 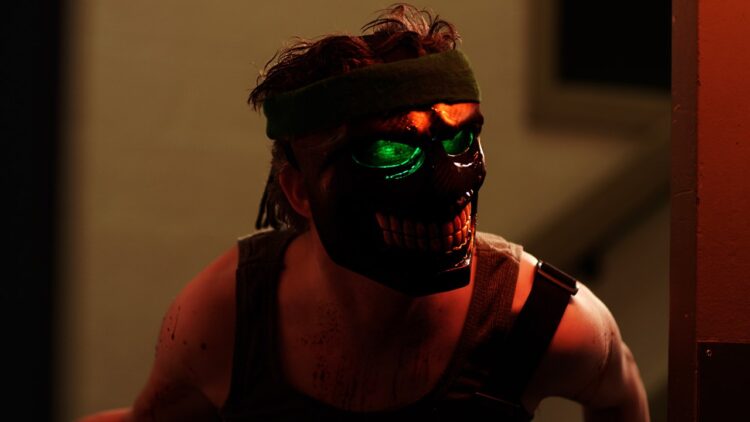 From Fuzz on the Lens Productions, the studio behind Terrifier 2, comes an all-new modern take on the horror genre called Stream! The movie is 90% shot and currently in post-production.

Filmed during the height of the pandemic, producers launched an IndieGoGo campaign today (September 3, 2021) to give fellow horror fans an opportunity to get involved with Stream. Check out the perks and donate, if you are so inclined, HERE.

Synopsis:
When Roy and Elaine Keenan realize their family is drifting apart, they decide that something needs to be done. Roy forces his work to take a back seat and they seize the opportunity to recreate a vacation from their past. A peaceful stay in a quaint hotel is just what they need, however that is not what is in store for them. With four deranged murderers patrolling the seemingly mundane halls, the odds are definitely not in the Keenan family’s favor. Roy must fight for his life and those of his family as their simple weekend getaway truly turns into a vacation to die for!

Having been one of the only films to go into production during the height of the pandemic the film is over 90% shot and currently in post production but is now offering fellow horror fans a chance and opportunity to join in on the action in helping to create the next big slasher film.

“We want to bring the horror community together and make some noise,” Leavy tells Dread Central. “Too long has the Hollywood Studio system just done the same mundane formula over and over again with nothing fresh. It’s all regurgitation and it’s now time for us genre fans, through the independent avenue, to come together with an original idea.”

Some have already dubbed Stream “The Expendables of Horror” because of the sheer number of genre greats in its ranks.

Regular readers of Dread Central know that we’re huge fans of the folks behind the Terrifier franchise and Fuzz on the Lens Productions. So, obviously, we can’t wait to see how Stream develops!

Are you a fan of Terrifier? Are you excited to see how Stream develops? Let us know in the comments below or on Facebook, Twitter, or Instagram! You can also carry on the convo with me personally on Twitter @josh_millican. Dread Central is now on Google News!