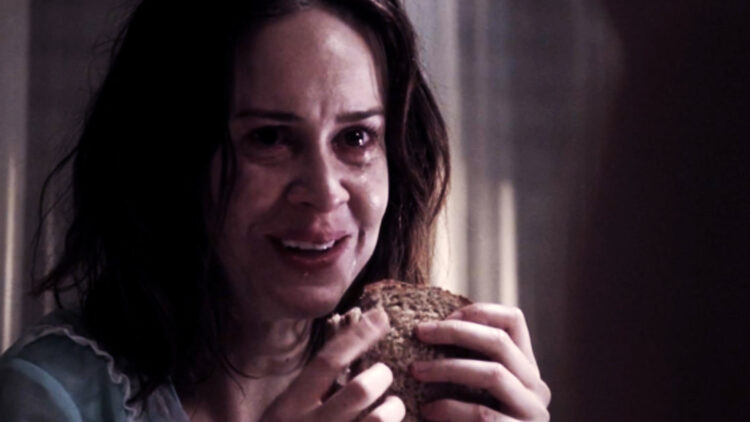 Fans have been flocking to the American Horror Story pop-up bakeries in New York and Los Angeles. These locations are mysteriously appearing across the states to promote the popular series. AHS Night Bites Bakeries take reservations for in-person scares, and also fulfill terrifying custom cookie orders to go.

If you’re lucky enough to get a table, you can expect to encounter AHS characters while you’re there. The American Horror Stories Rubber Woman and that spooky baby featured in AHS: Apocalypse are both on the guest list.

The FX network has set up multiple locations in support of American Horror Stories and the upcoming 10th season, American Horror Story: Double Feature.  Kenya Hardaway, the senior vice president of integrated promotions at FX, was interviewed by ABC7Chicago News about the spooky pop-ups:

“We decided to lean into some of the exciting elements of summer and so we created some custom cookies inspired by AHS,” said Hardaway. “We have five exclusive designs that are available to fans.”

Subsequently, Los Angeles reservations are currently sold out. But don’t worry, as the bakery web page indicates an all-new location will open up soon, but gives no clue as to where.

Check out this video of the NYC location:

Lastly, would you drop into one of these American Horror Story bakeries? Let me know on Twitter via @joshkorngut. I’m always down to talk about all things horror! Dread Central is now on Google News.