The DEVELOPMENT HELL Podcast unearths whatever happened to THE COLLECTED — the third film in THE COLLECTOR series! 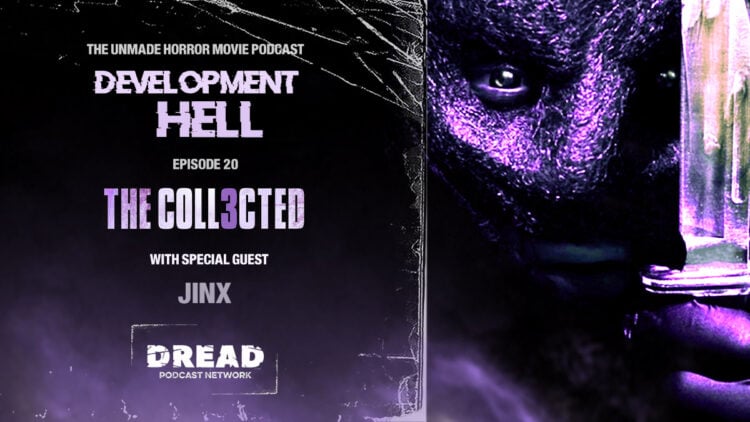 He always takes one… but will he get to three? Unearth whatever happened to The Collected, the third film in the unfinished Collector trilogy! From Marcus Dunstan and Patrick Melton (Saw 4, 5, 6, & 7), The Collector series has become a serious fan favorite.

So why did The Collected shut down after only eight days of filming? Find out!

Once again Josh is joined by special guest Jason Jenkins (aka Jinx). Jinx is the writer behind the Bloody Disgusting column Phantom Limbs where he too uncovers the truth behind horror movies that were never made.

Synopsis for The Collector

Desperate for money to pay off a debt, a man targets a wealthy family’s home and plans to break in and steal a valuable gem. He soon learns that he picked the wrong night to carry out his plans, for a masked madman has gotten there first, imprisoned the family, and lined the mansion with deadly traps.

Is unmade horror your type of thing? Subscribe to the Development Hell podcast!

For every horror title to hit V.O.D, countless others end up D.O.A. Development Hell is the podcast dedicated to unearthing these cursed horror productions — to find out what went wrong — and decide if they still stand a shot at the green light. Make sure to check out past episodes including Neill Blomkamp’s Alien V, the cancelled Hellraiser reboot, and Freddy vs Jason vs Ash!

Check out our episode about The Collected now!

Lastly, Development Hell is a proud member of the DREAD Podcast Network. In addition, listen to other podcasts like Post Mortem with Mick Garris, The Boulet Brothers: Creatures of the Night, Kim and Ket Stay Alive…Maybe, FriGay the 13th Horror Podcast, and Girl, That’s Scary!