'Wishmaster 2' is queer as hell. 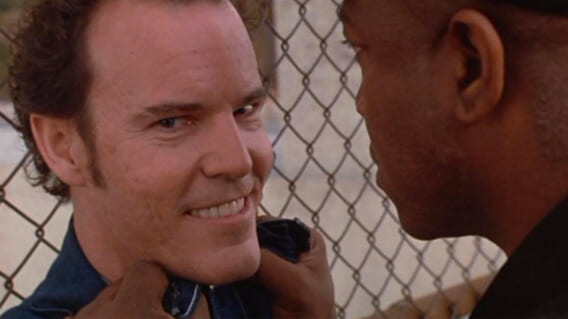 Wishmaster 2 director Jack Sholder is a queer horror icon. He may not actually be queer himself, or even make queer horror movies on purpose, yet he’s still somehow cemented himself as a granddaddy of all things gay and horror in cinema. The most memorable queer-coded horror film Sholder directed is undoubtedly A Nightmare on Elm Street 2: Freddy’s Revenge. The second Nightmare film is widely known as the gayest slasher film ever made and is certainly the queerest slasher franchise entry from the 80s horror canon.

But Sholder’s second highest-profile sequel Wishmaster 2 has been quietly giving Freddy’s Revenge a run for its gay money since 1999. Sholder’s Krueger output might be his most famous gay-coded project on the market, however, it certainly is not the director’s only queer outing. The 1999 direct-to-video Wishmaster 2 is another Jack Sholder joint that is absolutely dripping in queer subtext.

Today Tyler Doupé and I begin to round out Dread Central’s Pride Month video content with a conversation unearthing the rampant queerness of Wishmaster 2. And trust me, once you hear us out, it’ll be pretty difficult to argue that this is not another queer-as-hell and equally chaotic sequel from accidental-friend-of-the-gays Jack Sholder.

Lastly, when is the last time you saw Wishmaster 2? What are your thoughts on this shlocky DTV sequel? Let us know on Twitter via @DreadCentral. We are always around to chat about all things queer-coded horror!