‘Ditched’ Star Was Terrified Of Horror Movies Until Now

She got to play with fake blood. 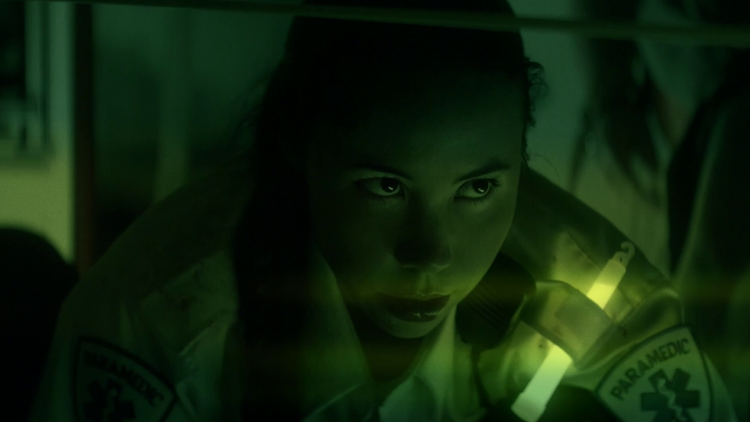 Since she was a kid, Marika Sila has been terrified of horror movies. The last one she saw was Hostel, and it gave her nightmares. But, now that she’s the star of Dread’s new film Ditched she seized the opportunity to confront her fears. Playing the Indigenous lead Melina, Sila had to tap into another side of herself to play the character. And she loved every minute of it.

We say down with Sila to discuss her work on Ditched and what it was like to film such an incredibly gory movie. Sila is also an influencer who focuses on bringing awareness to issues that affect Indigenous communities, such as the climate crisis. She shared more about her activism work as well as what she hopes her role in Ditched will do for Indigenous representation on screen.

Watch the full interview with the ‘Ditched’ star now:

In Ditched, paramedic Melina wakes up in an overturned ambulance with no memory of the accident. She is trapped in the woods with two prisoner medical transfers and the police escort team. They are all desperate to escape. The group quickly discovers that they are the victims of an ambush with the perpetrators hunting them down one by one.

Ditched is now available to watch on digital and VOD! It comes to Blu-ray on February 15.