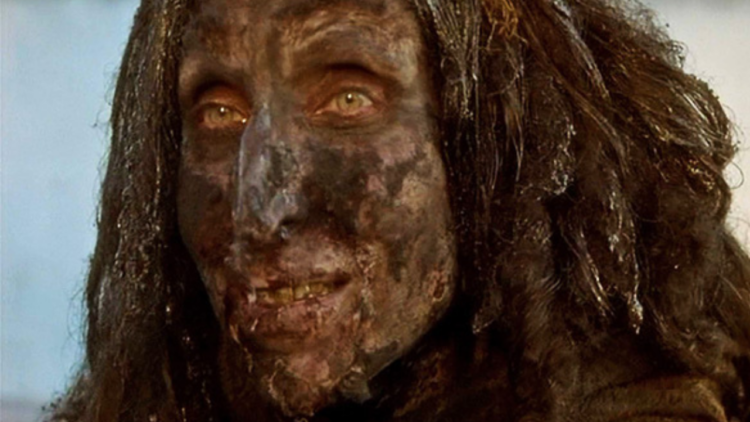 You may know Bonnie Aarons for her iconic role as Valak in The Conjuring franchise. Her ability to bring so much malice and terror to the demon got the character her own spin-off with The Nun. But Aarons was in the film world before starring in James Wan’s fly-away hit series. She played the horrifying person the dumpster in Mulholland Drive. She’s played side characters in films like The Princess Diaries, I Know Who Killed Me, and Drag Me To Hell. Recently, she played the Nosferatu-esque Master in Jakob’s Wife. And now, she’s taking a starring role in Krsy Fox’s indie horror film I Live Alone.

We say down with Aarons to discuss her incredible career, how The Conjuring changed her life, and what it’s like to be the subject of film’s most horrifying jump scare.

Watch our discussion with Bonnie Aarons: