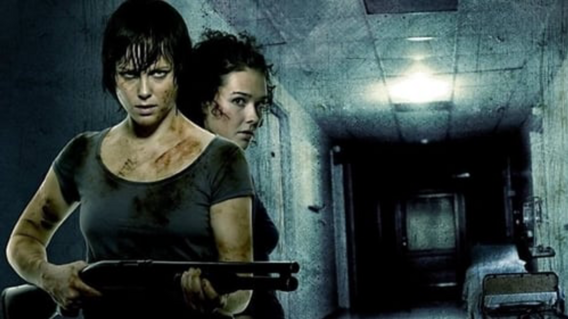 This week, I’m looking back on an underrated sequel to an underrated snowbound slasher out of Norway. I am speaking of the stalk-and-slash flick, Cold Prey II. Like the original, this follow-up effort is intense, and brutal, and features a phenomenal final femme who’s something of a Scandinavian Laurie Strode.

Cold Prey II picks up directly after Cold Prey. In Cold Prey a group of friends heads out to shred some fresh powder, only to be interrupted by a broken leg, which leads them to take shelter in an abandoned ski resort. All is well until the friends discover that a deranged man with homicidal impulses stalks the premises.

Also See: ‘Chastity Bites’ is a Feminist Horror That Was Ahead of its Time [Watch]

In Cold Prey II, we catch up with Jannicke, following her final showdown with the killer from the first film. She is discovered wandering around in the bitter cold. From there, the survivor is rescued and begins convalescing at a nearby hospital. Unfortunately for Jannicke, the killer isn’t quite as dead as he appears to be. In fact, he soon regains consciousness after being transported to the hospital alongside Jannicke. After his arrival, the stabby fellow proves quite spry and sets out to finish what he started.

If the setup sounds similar to Halloween II, that’s because it is. I suspect that was rather intentional, however. The similarities are mostly skin deep and intended as a tribute. Save for the hospital setting and taking place right after its predecessor left off, Cold Prey II carves out its own path. And an impressive path it is.

A large part of what makes this 2008 sequel work so well is another impressive performance from Ingrid Bolsø Berdal as Jannicke. Bolsø Berdal brings Jannicke to life with grit and survivor energy. The character is resourceful, kind, loyal, and proficient with an ice axe. Even though she’s recovering from a harrowing ordeal and not at her best, Jannicke rises to the occasion and channels her inner Laurie Strode to give the madman a run for his money.

Although Jannicke and the killer are the only characters carried over from the first film, a new cast of supporting players is introduced, with several coming across as authentic and accessible. Although this is a slasher and most of them are not long for this world, the characters are three-dimensional and engaging. Jannicke’s physician (Marthe Snorresdotter Rovik) is quite likable and the kind of character one hopes to see survive the violent ordeal. I can appreciate horror films that fill the supporting cast full of cannon fodder. There’s certainly an audience for that. But I rather appreciate seeing the opposite approach taken.

When the audience connects with the cast, it can serve to elevate the tension. If I’m concerned for the fate of the secondary and tertiary characters, that keeps me in a near-constant state of unease, which only serves to intensify the more harrowing moments in a film. As such, I am surprised it’s not more commonplace to serve up sympathetic characters in stalk-and-slash cinema. We see far more of it than we once did. But there’s still room for more filmmakers to adopt that approach.

Characters aside, director Mats Stenberg makes effective use of one primary location. The hospital is used to maximum benefit here. The facility where Jannicke is taken is getting ready to shutter and accordingly only has a skeleton crew of healthcare workers on hand and very few patients remaining. The nearly abandoned facility feels eerie and isolated, making the terror that unfolds there all the more intense.

The setting also proves effective in providing a variety of makeshift weapons for the killer to make use of as he slashes his way through the facility, leaving an impressive trail of bodies in his wake and pulling off some inventive kill sequences that are as memorable as they are visceral.

As of the publication of this post, Cold Prey II isn’t streaming anywhere for free. But it is available as a digital rental or download. You can also grab the film on physical media from Scream Factory.

If you are keen to chat more about under-seen films, hit me up with your thoughts on Twitter @FunWithHorror!