How many have you seen? 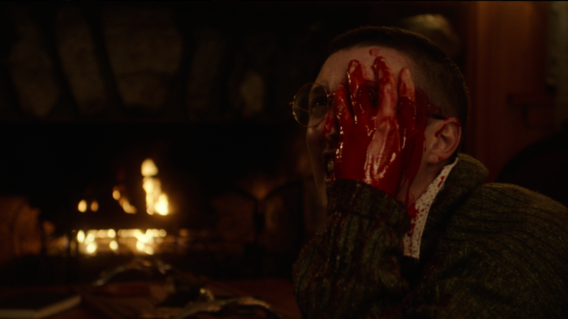 Many times, when discussing LGBTQ+ horror films, transgender people seem to get the short end of the stick. There is almost a guarantee to have mentions of Psycho, Sleepaway Camp, The Silence of the Lambs, or Dressed to Kill. Maybe The Rocky Horror Picture Show, if you’re looking to really flex your indie chops. And, if you’re most people, your knowledge probably stops there.

But over the last two years, I have consolidated over 130 films featuring transgender characters, stories and themes. I love Sleepaway Camp, and I could probably quote Rocky Horror backwards and forwards. But there is so much more to transgender horror than a mere five films. The genre spans wide across decades, languages, and quality. Transgender horror cinema is alive and well, if often operating out of view from a more casual audience.

As John Logan’s They/Them is set to premiere on August 5th, to subsequently become the first feature-length horror film to have a non-binary protagonist, it seems worthy to offer a glimpse behind the proverbial curtain. What follows is a list of 10 underrated horror films, each one featuring transgender characters and themes. Underrated, underappreciated, and deserving of your attention. And, although I didn’t intend this, (almost) all of these films were created by or star transgender and non binary people!

So before you settle in to see what Kevin Bacon’s conversion therapy horrors entail, consider using this list to seek out even more fun forrays into transgender terror!

Bit, starring trans actress-activist Nicole Maines, is the first “mainstream” horror feature to have cast a transgender actress in a protagonist role. The film follows Maines as Laurel, a teenage girl who is turned into a vampire on her summer vacation to Los Angeles and discovers empowerment, sisterhood, and untold new dangers.

Although the word “transgender” is not used in Bit’s script, the film itself is still an examination of exclusionary feminism and where trans people fit into systems that assume binary expressions of gender. Laurel’s understanding of her own vampirism is compounded by the fact that she has already undergone transition before. Her transness is not framed as something that makes her lesser than her vampiric sisters, either. In fact, it equips her to develop a truly inclusive community, where gender is no longer used to dictate whether a person is inherently good or evil.

Bit is currently streaming on Amazon Prime and Tubi.

Keeping with the theme of queer vampires, Alice Maio Mackay’s So Vam centers on Kurt’s transformation into a vampire, and the gang of rebellious vampires where he finds love and empowerment. Mackay’s previous short films have all included elements of queerness and gender nonconformity, which culminates here in her first feature-length film. Most of the cast is filled out with trans and non binary actors, including a quick cameo from drag queen BenDeLaCreme.

Although it tackles serious subject matter, So Vam thrives on showcasing young queer kids providing a safe space for each other. There’s no subplot where Kurt realizes that his new friends are secretly evil, or that he should have to choose between his vampire friends and human friends. Much like Bit’s Laurel, Kurt’s only goals are to fight back against bigotry and protect his loved ones. The power of the queer community fighting back in a corn syrupy way that only horror can provide.

So Vam is currently available on demand, and will be streaming exclusively on Shudder on August 25th.

Even if you’ve never heard of Guitar Wolf before— a garage rock band from Japan— Wild Zero is an undeniably fun zombie film. While the band (all members starring as themselves) attempt to survive the impending zombie/alien apocalypse, superfan Ace finds himself attempting to reunite with his newfound love, Tobio.

What makes Wild Zero so special is that, amid 90’s films like The Silence of the Lambs and The Crying Game, it has no time for entertaining transphobia. Although Ace does initially freak out upon learning that Tobio is a trans woman (in a scene that plays out much like the ones from The Crying Game and Ace Ventura: Pet Detective), Guitar Wolf suddenly appears and knocks sense into him. The rest of the film is a very fun, very genuine odyssey to reunite Ace and Tobio before the zombie apocalypse consumes the world. If you’re looking for a film that respects its transgender subject matter and you’re looking for a metal band that can explode alien spaceships with the power of rock and roll, look no further.

Wild Zero is not currently streaming or available for digital purchase, but I can personally vouch for the Synapse DVD release. It even comes with a Wild Zero drinking game sheet!

The Snatchers! is a Portland-grown labor of love from a group of queer artists and musicians. Although its original title may invite comparison to Israel Luna’s Ticked-Off Trannies with Knives, this horror-comedy does not make trans people the butt of its jokes. Promising “the end of gender”, the film follows a cult of “demon-worshiping, gender-queer assassins” who seek to destroy the gender binary and end oppression. Young Ginger harbors doubts and abandons the cult, but it won’t be so easy to escape her fate as the cult’s designated final sacrifice.

Made “by and for” queer people, The Snatchers! is a cathartic pushback against bigotry and good taste, if John Waters decided to make a Texas Chainsaw Massacre film. Featuring the over-the-top death of a bigoted grandma, a sex change operation that results in a happy ending, and one of the largest phallic proesthetics maybe ever put to film, it’s hard to believe that you won’t be grinning by the time the credits roll. If you’re looking to be complicit in the destruction of gender, I can’t think of a better unsung camp joyride.

Billed as a “queer neo giallo”, Mesmeralda is a wordless reflection on community trauma and survival. Elena is a young trans woman living in New York City, who finds herself inside of a living nightmare when she witnesses a murder committed by a masked stranger.

Absolutely drenched in neon and various bodily fluids, this dream-like short film is both an acknowledgement of a wound and a cry for justice. Parallels to 9/11 paint a picture of communities forced to constantly be exposed to their own trauma whilst never really healing from it. It is an acknowledgement of the violence that trans people (and trans women in particular) face every day, while also providing a space to showcase trans peoples’ resilience and strength. It also boasts a hauntingly beautiful score, a multitude of trans actresses, and a nonzero number of molluscs. Mesmeralda almost escapes description, but needless to say it is well worth your time and attention.

The film is not currently publicly available, but you can and should request a viewing link from director Josh Matteo on the film’s Instagram page!

Canadian filmmaker Louise Weard is currently tied for being the director with the most transgender horror films under her belt (3), and it all begins with her film Computer Hearts, co-directed by Dionne Copland. The film follows Albert’s steady descent into madness and body horror, all connected to his obsession with a computer simulation.

Although the characters themselves might not be “explicitly” transgender, the dissolusion of Albert and Vanessa’s relationship is still rife with coding and subtext that makes for an experience unlike any other. Many trans people have discovered themselves online, and this film literalizes and emphasizes this. Not only is Albert seeking his “ideal” woman online, he starts to become her. This film oozes with equal parts disgust and fascination for the human body and what it can be turned into. Like any good horror movie ought, you’ll want to be alone and in the dark for its final act. There is nothing else quite like Computer Hearts, and that is perhaps its greatest achievement.

Computer Hearts is currently available on Cybercraft Video’s Vimeo page, where you can also view Louise’s other short films, S.I.D.S. and Ambition, as well as Dionne’s shorts, Inferno and Haxx Deadroom.

Rob Tiemstra’s Querent is a moody, slowburn nightmare fueled by gender dysphoria. Sam Kinsey, hoping to figure out their own identity, travels to a strange cabin, unaware that the house and those inside it are not what they seem.

Non binary actor V. Reibel perfectly embodies Sam, who is desperately seeking to understand their own identity in the midst of a strange, possibly-hostile environment. It’s a perfect metaphor for any trans person attempting to self-discover and self-define in an ambivalent-at-best world. The scariest things are the things you don’t know, or that you can’t figure out. Giving Sam’s dysphoria a literal voice could’ve easily come off as corny, but Rob’s writing and V.’s performance make this one of the film’s strongest aspects.

Querent has yet to be publicly released, but you can follow Robert Tiemstra on Twitter while the film continues its festival run.

Asuka Lin’s A.I. Mama is a Super 8 cyberpunk short film which follows Kei, a non binary programmer seeking to reconnect with their mother through an A.I. they’ve created.

The level of detail and love put into A.I. Mama cannot be overstated. Featuring some of the most beautiful stop-motion animation and breathtaking visuals, in a similar but slightly less grotesque vein as Computer Hearts, Asuka paints a world in which the connection between flesh and metal is almost beautiful. It’s the kind of film that makes you wonder what the filmmakers could do with a feature-length budget, and the subsequent love and terror that could be unleashed upon the world then.

A.I. Mama is currently available on Asuka’s website through Vimeo.

Born from a literal nightmare, Love You Forever is a cathartic indulgence in one’s worst emotions in order to come out better on the other side. Despite a lack of experience and budget, everybody involved with this film successfully created a true Lynchian nightmare, where love and hate are tangled together and the only way out is through. Unless the character is meant to be the antagonist, transgender characters in cinema are rarely allowed to display such nuance and messy humanity as both sisters unabashedly bare to the camera here. Both in real life and in the film, you can tell that these women love each other, and that heart beats loudly through the film’s more dark and disturbing moments.

Love You Forever has yet to see a public release, as it is continuing to show at film festivals. You can follow Sepand, Sepehr, and Hana on their respective Instagrams, or find Sepand on her website.

The Yellow Wallpaper is the directorial debut of J. Kiernan O’Brien, who also stars in this short adaptation of Charlotte Gilman’s 1982 story. This version follows Jo, a young and recently post-op trans woman who goes on vacation with her boyfriend, and discovers something sinister lurking within the cabin walls.

What follows is a slowburn examination of identity within transition and the dysphoria-induced isolation. Like many of the other films on this list, The Yellow Wallpaper feels deeply personal to the trans experience in every frame. Dysphoria is an evolving monster, and it does not go away even when you have “finished” transitioning, if one is ever truly finished transitioning at all. Paired with its near-cinematic cinematography and O’Brien’s commanding screen presence, the film is yet another powerfully strong first step for a transgender filmmaker, and promises even better yet to come.

The Yellow Wallpaper is currently streaming for free on Vimeo.