Dread Central spoke with 'So Vam' director Alice Maio Mackay about why we need queer horror, drag, and more. 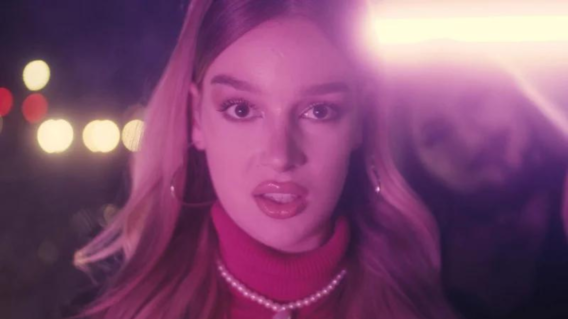 With her feature film debut So Vam, 17-year-old trans filmmaker Alice Maio Mackay creates an unapologetically queer world. Drag shows are important set pieces. One of her main characters is a trans woman. Plus, most characters are vampires, and what’s queerer than a vampire? Mackay has shown the world that making queer horror isn’t that difficult. It can be done. In fact, it’s welcomed with open arms by a community that rarely sees itself so explicitly in the genre.

So Vam follows Kurt, an outcast in a conservative town who dreams of moving to the city to be a famous drag queen. When he is kidnapped by a predatory old vampire and killed, he is rescued just in time to be resurrected by a gang of rebellious vampires who feed on bigots and abusers. As a vampire he finally knows empowerment and belonging. But his killer is still out there, creating new minions with their own rotten hatred and threatening all that he loves. Until Kurt faces the monster, he will never truly be free, but this time he need not face it alone.

For the release of the film, we spoke with Mackay about her first feature film directing experience, the importance of drag, and more.

Dread Central: Where did the story for So Vam come from?

Alice Maio Mackay: The story for So Vam came from a culmination of things. The main one being that for my first feature film, I really wanted to include all the things I’d love to see in a film myself: vampires, drag, trans leads, and all of that with a camp sensibility.

DC: When did you first realize you wanted to be a filmmaker?

AMM: I first realized I wanted to be a filmmaker after I started imagining the short stories I was writing more as films rather than narrative prose. From then onwards I made stop motion animations, then short films with some friends, and eventually and slowly progressed to producing what I consider my first proper short, A Tale of the Laundry Game which premiered at MonsterFest 2019.

DC: What was it like to direct your first feature?

AMM: Overall, directing my first feature was an amazing process but definitely super stressful! I’m so lucky and grateful to have had such an amazing cast and crew to work with. Especially shooting over 7 days in the heat of Summer, as well as navigating a pandemic. Thankfully it mostly went smoothly!

DC: What’s a piece of advice you would give to young, queer aspiring filmmakers?

AMM: I think the biggest piece of advice I could give to other young queer filmmakers would be to make art that means something to them and to be unapologetic about it. Not everyone will get queer films, and nor are queer films intended for every single audience member (cishet white men). So, keep that in mind. Take only the opinions of those who truly understand the work and just keep making stuff.

DC: Why are queer stories like So Vam so important both for queer audiences and the horror genre as a whole?

AMM: I think queer stories like So Vam are important to both queer audiences and the horror genre because seeing yourself reflected in a film can be really powerful and meaningful. This is especially the case in the horror genre, where gender non-conforming or queer-coded characters haven’t always had the best representation.

DC: What draws you to drag?

AMM: I think what draws me to drag is that it is a powerful and historically important art form, but it’s also something that is a lot of fun and is amazingly creative, and entertaining.

DC: Why do you think drag and horror go together so well?

AMM: I think drag and horror go so well together because both can be campy and fun, but also at the same time can be meaningful and political, and a powerful channel to get a point across to audiences.

DC: Favorite drag artists we need to be following?

AMM: Mm, that’s a tough one. Obviously Xai from the film is incredible, as is BenDeLaCreme and Etcetera Etcetera. But Peaches Christ, HoSo Terra Toma, Sigourney Beaver, Kornbread, Landon Cider, Dahli, Willow Pill, and Symone are all some of my favorites. So many
amazing ones!

AMM: I think aside from the Scooby-Doo and Addams Family films, (which I was brought up on) the first horror films I ever saw were Buffy and Scream. And Scream definitely terrified me!

DC: If you could program your perfect double feature with So Vam, what movie would you pair with it?

AMM: Ooh, I think my perfect double feature would be So Vam with Janell Shirtcliff’s Habit or Zoe Lister Jones’ The Craft Legacy. Both are underrated masterpieces in my opinion.

So Vam is available now on digital and VOD.