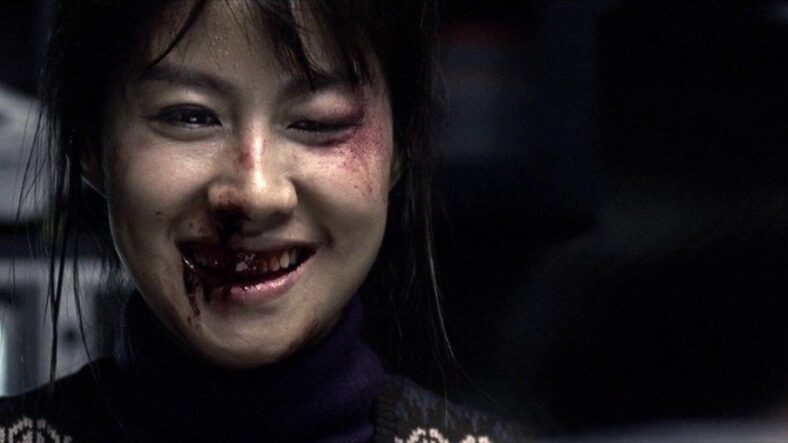 Korean horror is beautifully brutal. They’re unflinchingly violent films mixed with twisted dark humor that deliver experiences unlike anything you’ll get in the States. Just look at the American remake of the Korean classic Oldboy. Korean genre filmmaking isn’t restrained or afraid of violence. Shattered bones and mutilated bodies just come with the territory, especially when it comes to the realm of true crime and serial killers.

In honor of the latest Korean shocker and upcoming Dread release Midnight, we compiled a list of some of the best Korean serial killer movies out there. Reader beware, you’re in for not just a scare, but a punch to the gut, too.

I Saw The Devil

If you’d like to feel sad, disgusted, and empty, then I Saw The Devil is a perfect choice. It’s also one of the best movies about serial killers. Kim Jee-woon‘s nihilistic yet gorgeous film follows trained secret agent Kim Soo-hyeon (Lee Byung-hun) as he seeks revenge against the serial killer (Choi Min-sik) who dismembered his wife. It soon devolves into a nasty game of cat and mouse that renders each man physically and mentally broken. Just when you think it couldn’t get worse, it does.

A Record of Sweet Murder

Japanese director Koji Shiraishi is known for his found footage horrors such as Noroi: The Curse. He brought his knowledge of the subgenre to this Korean co-production about a journalist who gets an exclusive interview with a serial killer. Writers will do anything for a scoop. But this interview devolves into something much more terrifying and cosmic as the killer’s plan begins to reveal itself.

Bong Joon-ho is one of Korea’s greatest directors. From his Academy Award-winning masterpiece Parasite to his environmental horror creature feature The Host, Bong doesn’t miss. That’s why you can’t sleep on his 2003 film Memories of Murder, loosely based on the events around Korea’s first confirmed serial killer. Frequent Bong collaborator Song Kang-ho stars as one of the lead detectives who struggle to solve the series of brutal murders.

Na Hong-jin, the mind behind the Korean possession film The Wailing, got his start with his 2008 debut feature film The Chaser. This isn’t your typical cop-meets-serial-killer tale. No, this is complicated by our police officer character becoming a pimp and realizing someone is killing his girls. Once he captures the killer, he needs to race to find compelling evidence to keep the killer from being released back on the streets. The film is based on the actual serial killer Yoo Young-chul.

If you love a little time travel with your serial killers, then The Call is calling your name. Kim Seo-yeon answers the cordless phone at her childhood home. But, the woman on the other end is located 20 years in the past. While the story is best experienced firsthand, this unique brand of serial killer story is absolutely brain-melting.

This is a unique film because it’s about the victim of a serial killer seeking revenge. The third film in Park Chan-wook‘s Vengeance series follows Lee Geum-ja (Lee Young-ae) who’s been released after 13 years in prison for a crime she didn’t commit. She goes down a road of blood-soaked vengeance against a man she realizes is a repulsive predator. It’s both a heartbreaking look at PTSD and a complex tale about the nature of revenge.

Tags: A Record of Sweet Murder I Saw The Devil Korean horror Memories of Murder Sympathy of Lady Vengeance The Call The Chaser