From 'The Dead Zone' to 'Storm of the Century', check out five of the frostiest Stephen King film and TV adaptations ever made. 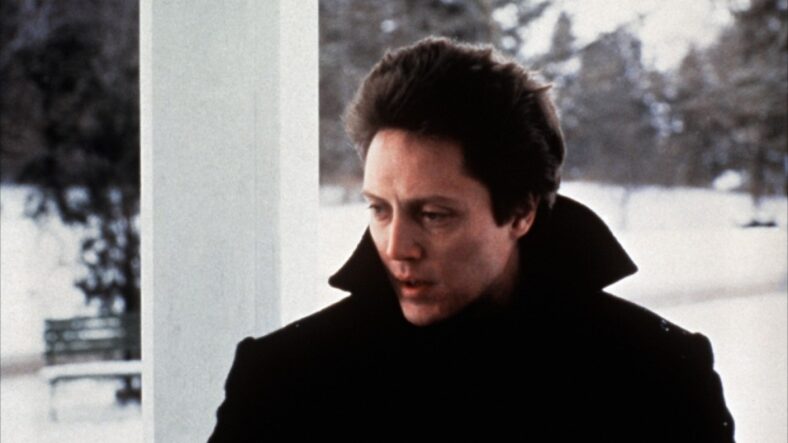 From its bleakness and isolation to its undeniable beauty, it’s likely no coincidence that so much of Stephen King’s storytelling is cloaked beneath the snow. His stories and novels, while not usually bottled completely during this time of year, will almost always take a detour down the frostbitten avenues of winter to both stark and startling effect.

To help you endure yet another seemingly endless pandemic snow season, I’ve gone ahead and assembled my five favorite frosty Stephen King film and TV adaptations. So settle in and enjoy. These titles are perfectly suited for curling up with in front of a cozy fire while enjoying hot cocoa as you await the next emotional avalanche to bury us all collectively once more.

“The sun loses its thin grip on the air first, turning it cold, making it remember that winter is coming and winter will be long.”

The 1983 adaptation of The Dead Zone by David Cronenberg is one of the best King films to date. It stars Christopher Walken as Johnny Smith, a schoolteacher who wakes up from a coma with inexplicable psychic abilities. The novel’s grim claustrophobia is depicted well, using winter to its advantage more often than you might remember. And you’ll likely never look at a charming snow-crested gazebo the same way ever again.

On the DVD release of the film, you can hear Cronenberg describe the unbearably icy conditions he was met with while filming The Dead Zone. The film was shot during an infamous deep freeze in southern Ontario, which lasted for weeks on end. This resulted in an excellent environment for the film’s setting, although the cast and crew reportedly found the conditions nearly intolerable.

One of the most treasured winter-bound horror films of all time is The Shining. Directed by Stanley Kubrick and based on the novel by Stephen King, The Shining is one of the most discussed and debated adaptations in the history of cinema. King, who famously had no time for this generally unfaithful adaptation, would go on to pen his own in 1997 with Mick Garris at the helm.

The novel, film and miniseries all depict a man’s psychological unraveling after a winter storm leaves him and his family isolated and snowed in at a haunted hotel. For Kubrick’s film, some exterior shots were taken at Saint Mary Lake and Wild Goose Island in Glacier National Park in Montana, which is famous for its scenery and chilly panoramas.

Misery is the 1990 cinematic adaptation of the SK novel of the same name, directed by Rob Reiner and starring Kathy Bates. One of the scariest performances of all time, Bates’ turn as Annie Wilkes won her a Best Actress Oscar, making Misery the only King adaptation to earn that trophy to this day.

Misery sees an author named Paul Sheldon (played by James Caan) in the clutches of an obsessed fan who lives in the snowy and isolated Silver Creek, Colorado. She forces the author to write a story she has been desperate to read, and goes through great and violent lengths to get what she wants. In the novel, the character of Annie famously severs Paul’s foot with an ax. This was changed to an ankle break in the film so that the audience could still sympathize with the character’s spiraling mental health issues.

In 2003 Warner Bros. released a mega-budgeted adaptation of Dreamcatcher, one of the first novels Stephen King wrote after being injured in an infamous car accident. The science-fiction horror film was directed by Lawrence Kasdan off of a screenplay by William Goldman. The title stars King regular Thomas Jane, Jason Lee, Damian Lewis and Timothy Olyphant as a group of friends who experience parasitical aliens at a remote hunting lodge.

Both this adaptation and the novel received mixed reviews, and it’s easy to see why. The film is an extremely graphic and bizarre science fiction exploration of body horror which features a particularly gruesome bathroom sequence that won’t soon be forgotten. Say what you will about Dreamcatcher, this fever dream of a movie is a hell of a unique winter sleigh ride worth revisiting at least one more time.

Storm of the Century

When a gigantic blizzard cuts off the locals of Little Tall Island, it doesn’t take long for murder and darkness to infiltrate the tight-knit community. While Storm of the Century is not an adaptation of a previous King work, it is still one of the writer’s most tantalizing snowbound stories.

Stephen King wrote Storm of the Century as a miniseries for ABC. The project was directed by Craig R. Bailey and stars Tim Daly, Debrah Farentino and Dyllan Christopher. While there was no novel prior to the screenplay for Storm of the Century, the script was sold as a mass-market book in February 1999, just a few weeks ahead of its initial broadcast.

The snowy setting of Little Tall Island is one of the best and most socially claustrophobic locations in King history, even giving the events of Under the Dome a run for its money. The chilly atmosphere and stellar performances make this three-parter a perineal winter rewatch. King himself has even stated that the series is a personal favorite.

Lastly, what are some of your favorite King film and TV adaptations? Let me know on Twitter via @joshkorngut. I’m always around to chat all things Stephen King!