5 Outrageous And Forgotten Horror Movie Trailers From The 1980s

If you're planning on skipping this article ... DON'T. 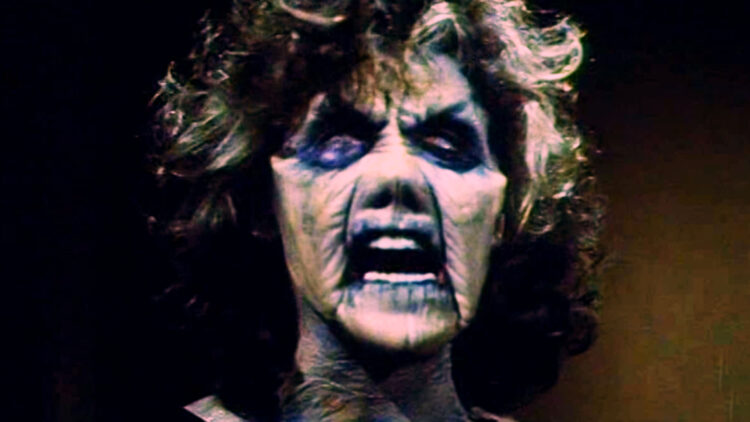 A lot of things on this here planet get better with time. Wine, allegedly, just gets better and better. Parents are said to better at their jobs with each passing day. Hell, even a well-made chilli will improve after sitting in the pot for a day or two. The same thing cannot be said for horror movie trailers.

It’s amazing how quickly a trailer can become dated. And it doesn’t always take 30 – 40 years for these things to spoil. Sometimes a trailer from only five to ten years ago can seem totally alien and dated as hell.

Oozing with evil magic and psycho killers, the self-aware trailer for Deadtime Stories is a mess in a Sunday dress, but impossible not to love. Arguably more interesting than the low-budget horror show it promotes, you’ll get Psycho references and skulls crawling with worms for days.

If you ever come across a weird looking Ouija board, expect to die really horribly at the hands of a weird garden variety of 1980s monsters. This Evil Dead knock-off is mandatory viewing for any horror fan. “Come on Meegan, it’s spooky as hell inside!”. RIP.

Likely the inspiration behind Edgar Wright’s fake DON’T trailer via 2007’s Grindhouse, this clip for The Burning is not on the same level as the film itself. While the film it promotes is a hardcore classic, you still DON’T want miss out on watching this bonkers little 1981 marketing moment.

Well made? Uh. Socially acceptable? Absolutely not. Colorful characters erupting into even more colourful bursts of exploding goop? Check! This trailer for 1987’s Street Trash is just as unacceptable and outrageous as the film itself.

‘We’ve been eating left-overs every day since we moved here, I’d like to know what they were before they were left-overs,” states lil innocent Michael. And this kid has a goddamn point. There’s a brand new word for terror: PARENTS. Randy Quaid is wild as hell in this trailer. The movie itself is worth a peek, too.