We're looking back at all the characters returning to Haddonfield in the upcoming 'Halloween Kills.' 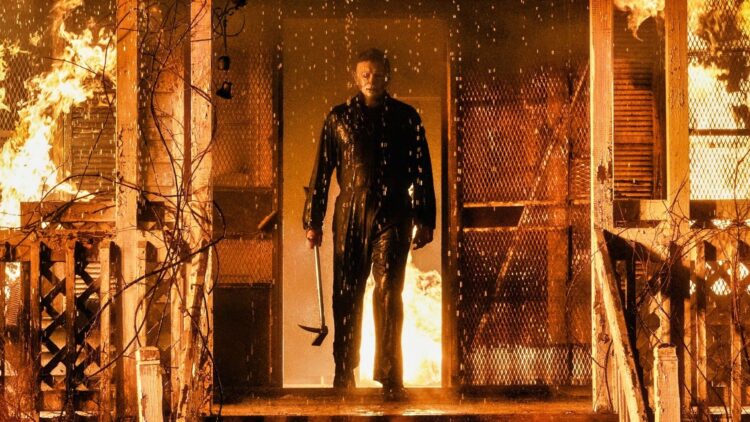 Halloween Kills might as well be titled “Halloween: Return to Haddonfield” on account of the menagerie of returning players poised to stand against Michael Myers once again. David Gordon Green and company, no longer content to just drift along with the wave of nostalgia, have opted to dive headfirst into it with their sequel, the second in a new planned trilogy.

2018’s Halloween was nostalgic in shadows and vignettes, interludes and callbacks to the earlier movies that, while welcome, were peripheral to an entirely new conception. This Michael Myers has more vicious than ever, and unlike the many sequels that followed Carpenter’s original, more primal. Laurie Strode, once again portrayed by franchise stalwart Jamie Lee Curtis, was less the target of Michael’s rampage than the one who guided it. When he escaped the prison bus, she put herself in his line of sight, eager to direct his malice toward her and her alone.

An exceptionally remunerative revival, a sequel was inevitable. Despite mixed early reviews, there’s no doubt that Michael is back and bigger than ever. And he’s brought some old friends. Here, we’ll be reviewing the familiar faces returning to Haddonfield in Halloween Kills. Several of them are even played by their original actors. Gone are the days of P.J. Soles voiceovers– this is the real deal. As noted by Kyle Richards herself, this kind of thing simply doesn’t happen. It remains to be seen whether or not Kills lives up to the lofty expectations set by both the original and 2018 reboot; though one thing is certain– we’ll likely never get a movie like this again.

Lonnie Elam’s role in the original film is limited. A bully to Tommy Doyle, he additionally screwed around at the Myers house before Dr. Loomis scared him away. Mentioned in passing in 2018’s Halloween– Strode’s granddaughter Allyson (Andi Matichak) was dating his son– it’ll be curious to see what Kills does with his introduction. With Tristian Eggerling cast as young Lonnie and clips showing the events of 1978, it seems that Lonnie’s connection to Myers might be more considerable than originally presumed. Whatever the case, it’s further proof of just how much Halloween Kills is doing to honor the legacy of Carpenter’s classic.

Listen to our exclusive interview with Eggerling about joining the Halloween franchise:

Arguably the most anticipated returning face, Real Housewives of Beverly Hills alum and tyke scream queen (see: The Car) in her own right Kyle Richards is returning as Annie Brackett’s (Nancy Kyes) charge Lindsey Wallace. Notable for her unbridled attitude in Carpenter’s original– she was the only foil to Annie’s unkempt desire for debauchery– Lindsay and crush Tommy Doyle (Brian Andrews in the first) narrowly escaped Michael Myers’ rampage the first go-round. Still in Haddonfield, early promotional material show Lindsey putting up a fight. After seasons of throwing down her with her own sister on Bravo, Michael might very well be a cakewalk.

Nancy Stephens is back for the fourth time as chain-smoking icon Marion Chambers, colleague to the late Donald Pleasance’s Dr. Samuel Loomis. Unceremoniously killed in the Halloween: H20 prologue, Stephens’ Marion Chambers returns for Halloween Kills. Much as the franchise brought back star Jamie Lee Curtis and resulted in the largest opening weekend for a movie starring an actor over 55, Kills, and the horror genre writ large is expanding its repertoire of older women. It’s incredible to see, and Stephens is the perfect addition to Curtis’ Laurie Strode. Footage is sparse, but if her past roles are any indication, Chambers is liable to spend a bulk of the movie chain-smoking and casting daggers at anyone who looks her way. Audiences wouldn’t want it any other way.

Nick Castle played Michael Myers in Carpenter’s Halloween. He appeared under the mask in 2018’s reboot. Now he’s set to return again. The size of his role is unknown for now; there’s always the chance it’ll be an ephemeral cameo like the first. No matter, it’s incredible to see Castle back on the screen. John Carpenter has been open about how Green and Danny McBride’s original reboot pitch was the work of fans. These inspired casting choices and homages solidify the point.

Charles Cypher’s return as Sheriff Leigh Brackett is one of the most exciting bits of casting news. Sheriff Leigh Brackett, the overlooked heart of both Carpenter’s original and its sequel, knows Michael’s evil more than most; his daughter Annie was killed in the original. Charles only learned of his daughter’s death in Halloween II, so it’ll be interesting to see how Halloween Kills handles this reveal, should they choose to address it at all. Nonetheless, having Sheriff Brackett back is a gift. Early material has been filled with more treats than tricks. Cypher even gets to repeat his famous line: “It’s Halloween– everyone is entitled to one good scare.”

This isn’t the first time Tommy Doyle has returned to the Halloween franchise. He was played with considerable creepy gusto by the immortal Paul Rudd in Halloween: The Curse of Michael Myers. The single misstep in Rudd’s longstanding career, his Tommy Doyle was a cloistered, awkward, menace to all things Haddonfield. He had no reason being as odd as he was, which was rendered all the more unsettling on account of Rudd himself. The juxtaposition between Rudd’s boyish Hollywood charm and Doyle’s creep-tastic tendencies didn’t work. As fun as it would have been to see Rudd return, Anthony Michael Hall is still an inspired choice. Details are sparse, but if the trailers are any indication, Doyle looks fed up. Armed with a bat and decades of community trauma, Michael might have met his match.

Halloween Kills is a “who’s who” of Myers’ legacy and it looks to be an absolute delight. Premiering simultaneously in theaters and on Peacock October 15, it’s the horror event of the season. Michael is back and he’s ready to kill.