‘Where’s Rose’ Review: A Haunting Tale Of Love And Loss 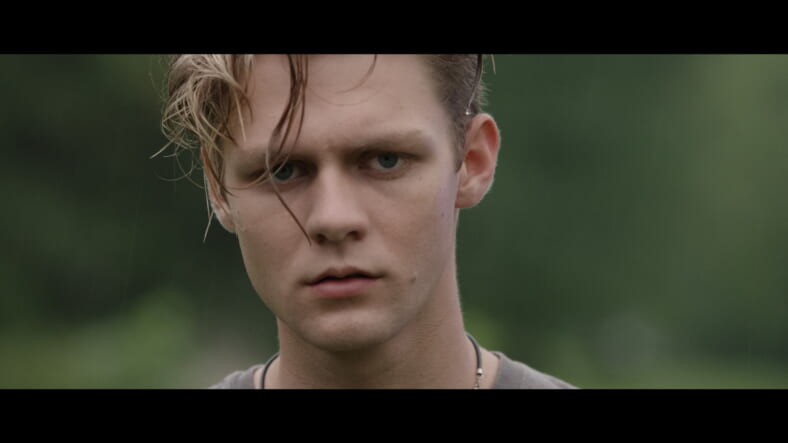 Even if you do not recognize his name, you have certainly watched movies starring Ty Simpkins. The actor appeared as dinosaur-obsessed Gray Mitchell in Jurassic World, and also appeared as Harley Keener in Iron Man 3, a role he would later reprise in Avengers: Endgame. Simpkins will also be familiar to horror fans for his role as Dalton Lambert in the Insidious franchise, which earned him worldwide praise. Fans will be pleased to learn that Simpkins has now returned to the horror genre with Where’s Rose, a haunting new supernatural drama from writer and director John Mathis.

In Where’s Rose, Simpkins stars as Eric Daniels, a popular high school football player who is about to leave for college. However, shortly before he departure, Eric’s sister, Rose, disappears in the woodlands surrounding the family’s house. Rose is quickly found by the emergency services and doesn’t seem to be harmed in any way. But, Eric slowly begins to suspect that the thing rescued from the woods is not actually his little sister. The fact that Rose doesn’t know the name of her best friend and her newfound appetite for earthworms are both dead giveaways.

Eric’s parents (Kathy Searle and Nick Basta) also begin to notice the something is not right with their daughter. But they attribute her apparent changes in personality to the trauma of her getting lost in the woods. They refuse to listen to Eric when he tries to explain that she is not their daughter.

Simpkins is clearly a talented actor. He manages to authentically convey the feelings of hopelessness and desperation Eric experiences when nobody takes any notice when he tries to explain that something is clearly wrong with his sibling. The fact that Eric clearly cares deeply about his family also helps to make him a likably relatable character. This serves to make his frustration palpable when people refuse to listen to him.

Loss is clearly a central theme in Where’s Rose. The way Eric’s parents appear to deny the reality of the situation about their daughter is comparable to how denial is the first stage of grief. It makes the viewer wonder if they really would prefer to raise an entity impersonating their daughter as opposed to having no daughter at all. Seeing as we would give anything for our loved ones to come back after experiencing a loss, the way in which Rose’s mother and father openly accept something which clearly proves not to be their daughter into their lives is both sympathetic and highly questionable. This is not a film which offers easy answers. Most viewers will probably find themselves wondering what they would do in the same situation.

Additionally, young actress Skyler Elyse Philpot is suitably creepy as the entity which claims to be Rose. The actress is talented beyond her age, because her monologue about how she fails to understand why humans feel love will no doubt give you chills. The gradual revelation of the true purpose of the seemingly demonic entity and why it chose to impersonate Eric’s younger sister will come as a particularly nasty shock, especially when several dark secrets begin to come to light.

Where’s Rose is not a particularly violent or graphic film, so the few shocking moments of brutal violence depicted towards the end will have a strong impact on unsuspecting viewers. And without going into spoiler territory, it should be said that the twists that occur in the climax were genuinely unexpected. They don’t make the viewer feel cheated or short-changed, as is often the case with third act twists. This is a film which earns its surprise ending, and that is not something we would say lightly.

Its emphasis on the subject of loss makes Where’s Rose a challenging film which will no doubt stay with viewers long after the end credits roll. It may be a difficult viewing experience for people who have recently lost a loved one. But this is still a hauntingly profound examination of the ways in which we approach grief and acceptance. The central performance from Simpkins also helps to elevate this into something truly special. Horror fans really cannot afford to miss Where’s Rose.

Where’s Rose is a haunting and challenging viewing experience which will make you wish your loved ones will never return after they get lost in the woods.