This animated fantasy-horror flick is guaranteed to melt your face off! 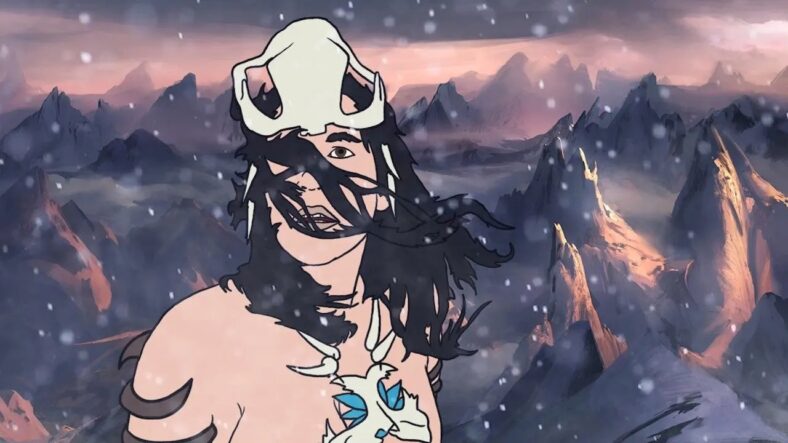 As a gentleman with little interest in growing up, I remain a massive fan of animation in all its forms. So, when I first heard of an animated fantasy-horror film called The Spine of Night, I had a sneaking suspicion it would be right up my alley. And is it ever. Wow! What a trip this flick is. It’s everything I’d hoped it would be. This animated outing is violent, unflinching, and very much in the vein of Heavy Metal. The film pushes all sorts of taste boundaries while blending animation with sex and ultra-violence.

The Spine of the Night takes the viewer through the centuries as a powerful, magical plant repeatedly falls into the wrong hands, leaving a trail of carnage and chaos in its wake. The film continuously takes care to showcase the various ways in which power can corrupt those that possess it.

The Spine of Night isn’t messing around when it comes to its depictions of sex and violence. The film is full of nudity (mostly nonsexual) and graphic carnage. The film easily contains some of the most visceral depictions of onscreen violence I’ve ever seen. The audience bears witness to people cut in two (or sometimes twenty) pieces with a full view of eviscerated entrails. Also enticing are the numerous instances of human bodies turning into skeletal remains. So, anyone averse to intense depictions of bloodshed may want to sit this one out. But for me, The Spine of Night very much appeals to my inner teenage boy. That is intended as a sincere compliment.

One of the reasons the violence jumps out as much as it does pertains to the exceptionally detailed, rotoscoping animation, which is beautifully realized. Characters are brought to life with painstaking detail, each key player coming off as dynamic and expressive. Hell, even the backgrounds are lively and impressive. It’s a little strange to call a film this graphic and explicit beautiful to look at but I’m really not sure how else to describe it.

Luckily, The Spine of Night isn’t just pretty to look at; the visuals are complemented by a compelling (albeit fragmented and overly-complex) story that, like Heavy Metal before it, functions as something of an anthology. We see a series of tales tied together by a common thread and told from the perspective of a centuries-old swamp witch. A handful of characters recur over the ages but each vignette feels like its own self-contained entity, to a certain extent.

Speaking of characters, The Spine of Night features a talented cast of voice actors, each of whom gives their character a unique and dynamic personality. Among the film’s talented voice actors are Richard E. Grant, Betty Gabriel, Lucy Lawless, Joe Manganiello, Larry Fessenden, and Patton Oswalt. Lawless was the standout for me, as Tzod, a swamp witch. The actress brings fragility and vulnerability to the role that can be seen when Tzod isn’t busy melting someone’s face off.

Ultimately, I was really taken with this flick. It brings to mind fond memories of films like Heavy Metal while carving out a path that’s all its own. I would highly recommend anyone that enjoys adult animation give The Spine of the Night a look. The flick beautifully melds horror and fantasy in a palatable manner that is certain to appeal to fans of extreme adult animation.

The Spine of Night is now available on VOD and will stream exclusively on Shudder starting March 24th. If you opt to check it out, don’t forget to let us know your thoughts on Facebook, Twitter, or Instagram.

This animated horror-fantasy will likely only speak to a select audience. But that target demographic will surely embrace it wholeheartedly.