‘Piggy’ Is A Groundbreaking Effort, Even When It Gets Caught In The Mud [Sundance 2022]

Carlota Pereda's 'Piggy' is a Sundance selection you don't want to miss. 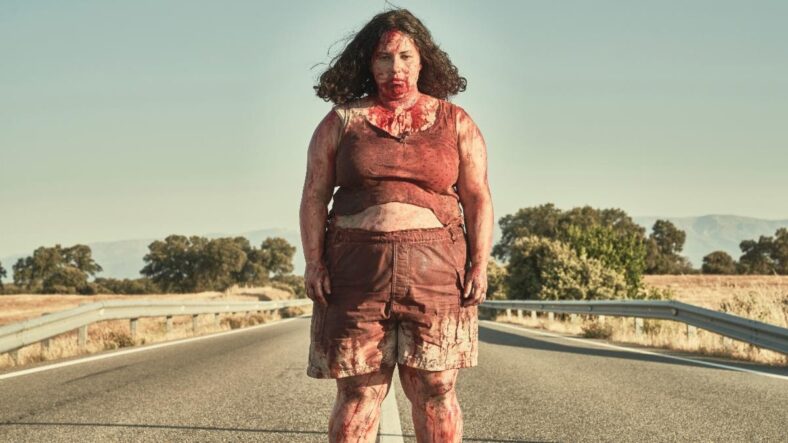 Fat phobia is ubiquitous. Fear and disgust associated with overweight people is an inescapable part of life for those of us living in fat bodies like my own. However, it’s the fear of the fat woman’s body which is the much more specifically pervasive and insidious epidemic. Hatred towards fat women is an inescapable horror looming real around every corner and under every stone. Carlota Pereda’s Piggy understands this, using it to craft a successful horror portrait of a regular girl pushed to the edge.

Director-screenwriter Carlota Pereda has expanded her 2018 short film of the same name into a hot and perspiring feature that’s impossible to simply brush past. Piggy concerns the teenage Sara (Laura Galán), a disengaged girl who works in her parents’ butcher shop in a small village in the south of Spain. We are quick to gather that Sara is the victim of relentless bullying at the hands of her peers and former friends. Like many fat people, Sara does her best to disappear, performing near acts of magic to camouflage herself into the corners of the room.

The first act of Piggy is a tragic portrayal of fatness that can verge too often on pity, a word which arises halfway through the film like a razor blade. Early on, Sara escapes her job for a swim at the local pool. In a fat person move I was quick to recognise, she arrives after the rest of the swimmers have gone home for the day. Soon she’s caught there by her tormenters who verbally and physically assault her before stealing her clothes and towel, leaving Sara to journey home in nothing but a small bikini. One of the boldest and most wonderful choices in Piggy was to showcase Sara’s fat body often and without apology. We are privy to the beauty of Sara’s body throughout the length of Piggy in way I have never seen before. The way in which Pereda’s film frames Laura Galán is both groundbreaking and gorgeous.

While Sara, nearly nude, tries to make her way home without being seen, she’s harassed by local boys until she is crying in emotional and physical anguish. At the peak of this psychological torment is when the character is suddenly privy to the story’s slasher film scenario. The girls who have made her life a personal hell for so long have been abducted by a violent attacker. They are seen screaming in the back of a moving white van, and only Sara is left with any idea of what could have happened to them. The rest of the film plays out as a traditional horror movie. The town mobilizes to find the missing girls, and Sara needs to decide what she is going to do, if anything.

While Galán is constantly enigmatic and a joy to witness on screen, Sara herself can become a little bit tedious to endure. We understand the context of her fear and inability to enact change. But that doesn’t mean the audience won’t grow irritated by the way the story tugs her scene to scene. Her helplessness is frustrating, although it does help to guarantee a satisfying final act when Sara does finally break free. This turn towards decision and action has Sara committing joyously gruesome acts of violence to ensure her survival. It’ll have you cupping your mouth with grim glee.

One of the most entertaining and fascinating elements of the story is Sara’s unique and difficult to decipher relationship with the unmasked killer. There is a sexual tension slowly built between these two, and I was never certain if I was intended to enjoy this as much as I did. I was outwardly hoping they would team up, kill the entire town, then run off together to open a new butcher shop somewhere else. On reflection, I don’t think this was the sort of satisfying takeaway the filmmaker intended. But as a fat gay man, I was living this fantasy vicariously as I witnessed the story unravel.

Carlota Pereda’s brutally beautiful Piggy is like a choice cut wrapped up in blood-stained newspaper. It’s raw, fresh, and dripping with bright hot red potential. While the middle act of the film feels indecisive and inactive, this satisfying slasher still has a firm grip on the handle of its shovel. Piggy is breaking ground at a rapid pace and the way this film frames a fat body is both bold and delightful. This visibility warms my heart nearly as much as watching its bullies and bystanders butchered for parts.