‘Dark Cloud’ Is Fine But Predictable [Other Worlds 2021]

Dark Cloud is a film that retreads familiar ground without giving us anything new. 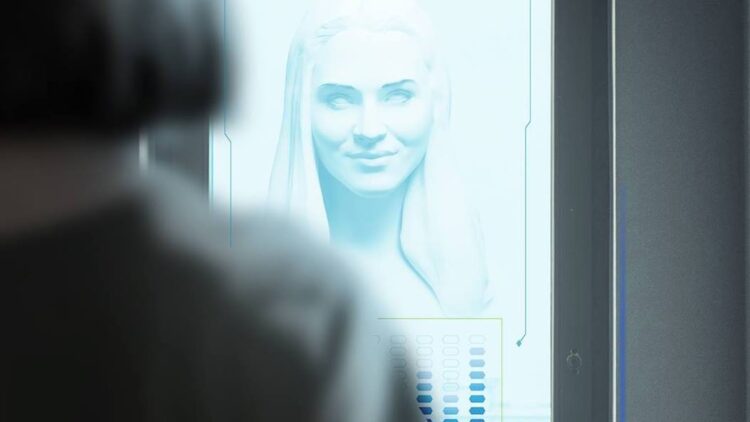 Dark Cloud is a film that retreads familiar ground without giving us anything new. After an accident, Chloe (Alexys Gabrielle) volunteers to try a new rehabilitation process that uses new artificial intelligence. The program, AIDA, runs the smart-home and is given the top priority of keeping Chloe safe. Chloe befriends AIDA, and the system starts to think for itself. Which leads to the obvious chaos we have all come to expect.

Dark Cloud is fine but also predictable. This is where my frustration lies. The movie starts with a vibe that is somewhere between the 90’s version of The Outer Limits and the more modern sci-fi anthology Black Mirror. I found myself rooting for it even though we all know where it would end. We have all survived enough Terminator installments to know better than to trust the machines. We also have a plethora of movies cautioning us about the relationship between humans and computers. However, we always find ourselves rooting for these movies to make the journey fun or interesting. To at least give us a death (or two) worth writing home about. Just anything to set it apart from the rest of the pack.

The first two-thirds of the movie gave me hope that it somehow would meander towards greatness. Gabrielle gives a performance that contains the right balance of confusion and naivety to make this character believable. Even Emily Atack’s vocal performance as AIDA has enough levels to make the computer system a worthy scene partner for the bulk of the movie. However, the third act proves that we gave this movie too much grace and highlights all of the imperfections. Where the first two acts kept us interested the third act feels like it is crossing off tasks on a to-do list. None of the tension it tries to muster gets a chance to build. None of the stakes that should be raised ever really inspire a reaction from us. The movie just kind of happens, leaving us empty.

I also wonder when the movie was shot because there are very few scenes with two, or more, actors. This was another thing that ruined the tension that could have been had. Watching people outside of Chloe’s bubble yell at each other via electronics made it seem like they were also prisoners of this experiment. If that was done for a deeper meaning then we deserve a bit more weight to that. However, if COVID was the reason then that is one of the things I can forgive.

Again, this movie is fine. Maybe sometimes fine is okay. However, it sadly makes it forgettable among the hundreds of other versions of this story that came before it.

Dark Cloud had its North American Premiere at Other Worlds Film Festival 2021.

This movie is okay. It just has the misfortune of already being something we have seen for decades.