What does sleep paralysis feel like? That’s a question asked and answered all over the internet. One person described it like this, “You’ll be sleeping peacefully, then the next thing you know, your eyes are open. You don’t know why, but you get a creeping fear that something is wrong. You start to hear things that shouldn’t be there, shadows moving through the room. It’s about this time that you realize that you can’t move or speak, right when you really wish you could. You could be lucky and just see them as figureless shadows. Or they can become very vivid, very quickly. Depending on the person, they will do different things. Me personally, they will try to pull you out of your body, hold you down, or tear you open.”

Understandably, there’s a fascination with this phenomenon – it is even the subject of an award-winning documentary, The Nightmare, from Room 237 director Rodney Ascher. And now, a truly chilling horror film in the tradition of A Nightmare on Elm Street (minus Freddy Krueger’s quips) is coming out. It’s called Dead Awake, and it explores the happenings from a personal standpoint through the eyes of its victims.

Kate Bowman (Jocelin Donahue) is a young woman who, through the terrible and mysterious loss of her twin sister, discovers an ancient evil entity preying on people who suffer from sleep paralysis. Bound by grief, Kate and her sister’s artist boyfriend, Evan (Jesse Bradford), team up to try to stop the “Hag” from harming anyone else. With a skeptical neurologist (Lori Petty) questioning her sanity for believing the clinical disorder is anything otherworldly, Kate turns to an eccentric expert on sleep disorders (Jesse Borrego) who confirms her worst fear: Kate has opened the netherworld’s gateway, and if she doesn’t find a way to close it, she will die just like her sister.

Dead Awake is written by Final Destination scribe Jeffrey Reddick, and it’s directed by Phillip Guzman. This team balances each other out well – Guzman’s solemnity tempers Reddick’s sense of humor. As a result, Dead Awake never veers into too-funny territory; yet, it keeps just off the brink of taking itself too seriously.

Dead Awake looks lovely – everything from the set decoration to the locations makes it look like a million bucks (or so). Great attention to detail is given in the composition of the cinematography, and the moments of fear are given time to breathe and have some life before moving on to the next scare. There are scares aplenty in the movie, but more weight is given to the characters and the plot – you can really feel the collaboration of everyone involved in the movie. Marc Vanocur – whose credits date back to the good old 80s, but a first-time horror composer here – does an excellent job on the music, adding suspense to otherwise static scenes.

The casting is great. I’ve been a Donahue fan since The House of the Devil, and of course Petty commands the screen. The rest of the actors are able and believable, with Borrego as the sleep-deprived, nearly delirious doctor making a memorable turn.

On the downside, I didn’t care for the manifestation of the Hag. Then again, I’m a less-is-more gal. I would rather have had her be shadow-like and hard-to-see instead of being purely visible and looking like a fairytale crone. Also, the movie feels just a tad too long. But those are minor quibbles.

Dead Awake is a dream come true for fans of modern horror with a classic look and feel. 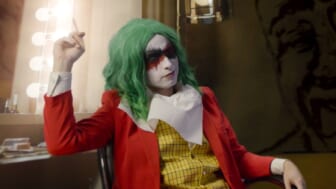 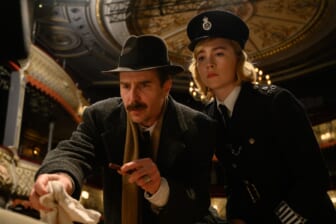