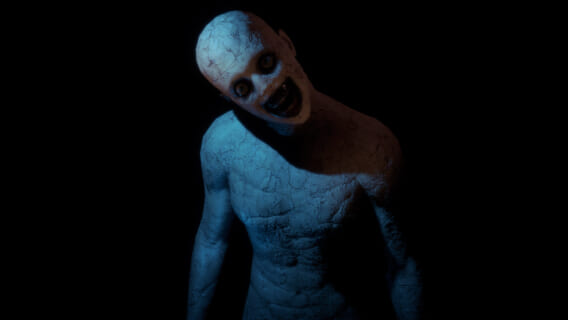 The masterminds at DreadXP are starting the year with a ton of news to keep gamers spooked and warm during the cold season. They’ve not only delivered updates on some of our favorite titles but also dropped announcements for experiences we need on our screens immediately. So buckle up, buttercup, because this is about to be the deepest of dives in the terrifying and totally fun world of DreadXP.

The Mortuary Assistant sent shockwaves throughout the gaming world last year. It literally even took home the*gameHERs Indie Game of the Year award for 2022. After some recent patches, the beloved game is now Steam Deck Verified! To see all the other great news and accolades this title has picked up, check out this new trailer highlighting the love this macabre and dreadful game has picked up. View the latest trailer for the terrifying new classic right here.

If you are looking for a survival horror first-person shooter to keep you up at night, then Mirror Forge was recently updated and is back to give you nightmares. The wrinkles were ironed out, and the quality is now a chef’s kiss. The game follows a doctor with a haunting past as he makes his way through a horrifying world. See where his journey leads as he solves puzzles, explores this atmospheric and deadly world, and tries to survive dangers both seen and unseen. This one is not to be missed.

The recently announced title, Red Tape, comes from Pollaris Studios. This game takes the nightmare that is bureaucracy and turns it into a full-on simulator that follows a fallen angel trapped in hell. Can you help the protagonist make their way back to heaven? It’s inspired by Dante Alighieri’s The Divine Comedy. If it sounds familiar, it is because it was originally conceived for Ludum Dare Gamejam. This title will have players experience all of the horrific corporate hells first-hand as they do mundane and nerve-wracking tasks like waiting in line. Of course, the final battle will culminate in a meeting with the CEO of Hell, The Devil, himself. Red Tape will hit Steam on February 14th, in time to gift to the ones you love.

Sucker for Love: Date to Die For

Most of us couldn’t get enough of Sucker For Love, and the powers that be heard us. Thankfully we’re getting a sequel to our favorite dark-sided dating simulation. Sucker for Love: Date to Die For is coming to our screens sooner than anticipated! This installment is getting a Lovecraftian Shadow over Innsmouth spin and will follow a protagonist named Stardust. Stardust is an asexual woman who must escape a rural town filled with cultists while being pursued by eldritch threats.

Sucker for Love: Date to Die For combines its love for Lovecraftian horror, 90s anime, and old-school dating simulators to give us a chaotic trip down memory lane. It is also one of the few games “to represent a community that often gets left out of the conversation even in LGBTQIA+ content.” It will be available soon on PC, and you can add it to your Steam wishlist now. In the meantime, it is currently available via, Itch.io, Epic Games Store, and Nintendo Switch.

Last but not least, the retro dark fantasy game Dread Delusion recently received a massive update. The Emberian Update extends the cosmic horror open-world RPG by giving it a meaty questline. Also, expect a new dungeon and a vast array of improvements to the combat system. It’s already getting positive feedback on Steam for its beautiful retro ED aesthetic and rich interactive narrative. Here’s what critics are saying:

“Dread Delusion is shaping up to be something incredibly special.” – PC Gamer

“…Dread Delusion is already very much worth it.” – PC Invasion

So, needless to say, it is a great time to be a horror gamer out on these internet streets. Grab your favorite snacks and clear your schedules because DreadXP has such great sights to show you!

Let me know which of these DreadXP announcements warmed your gamer heart at @misssharai.