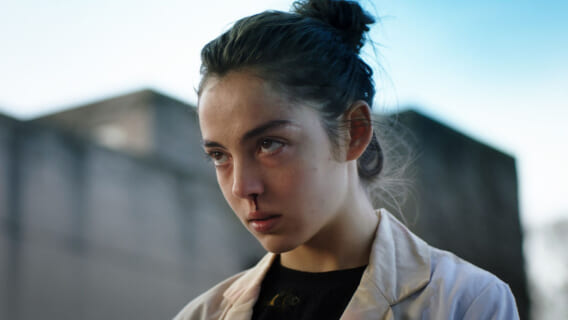 I recently revisited Stephen Kay’s Boogeyman with a newfound appreciation for its supernatural shenanigans. Too often, horror fans fall victim to the curse of knowledge, presuming mass audiences know the latest and greatest in what’s scary. TikToker itsheidiwong has had remarkable success steering non-genre audiences toward all manner of must-sees, and in her latest video, she’s highlighted three “DISTURBING” Netflix movies viewers need to see.

While horror fans might not find a lot to surprise themselves here, there is a shoutout for Julia Ducournau’s Raw, and any list that shouts out Raw is a good one in my eyes.

The first recommendation is David Robert Mitchell’s It Follows. A movie that only gets better with age, It Follows, well, follows the titular “It” as it stalks its victims slowly and ceaselessly after being transferred during sex. Disturbing, frightening, and gorgeously moody, it’s the most popular on Heidi’s list, though It Follows is always worth revisiting.

The second suggestion is Ducournau’s Raw. Heidi doesn’t give much away, simply noting that the movie follows veterinary student Justine (Garance Marillier) and her newfound appetite after a college hazing gone awry. Heidi highlight’s Paste’s contention that Raw is the best horror movie streaming on Netflix and we couldn’t agree more.

The last suggestion is Ciarán Foy’s Eli. A bonafide Netflix release, Eli follows the titular youngster (Charlie Shotwell) and his ostensible treatment for a rare disease at an isolated manor. Eli is likely the most underrated on the list, and while it won’t work for everyone, it does boast one heckuva twist, likely accounting for its recurrence as a hidden Netflix gem.

What do you think? Are these some of the most disturbing movies on Netflix? What about Stephen King recommending Guillermo del Toro’s Cabinet of Curiosities? Let us know on Twitter via @dreadcentral so we can chat about all things disturbing horror.