He really loves this past performance of his. 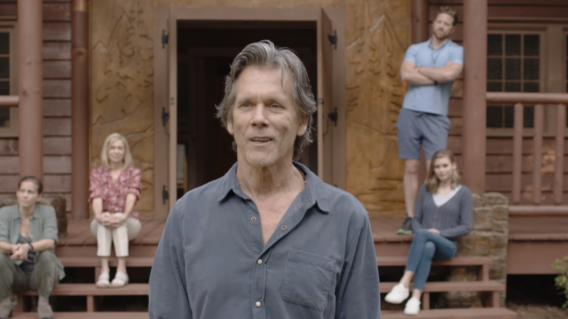 In 1980, an actor by the name of Kevin Bacon appeared in the soon-to-be iconic slasher film Friday the 13th. From there, Bacon would go on to become one of our biggest movie stars, appearing in films such as Footloose, Tremors, Apollo 13, and so much more. But Bacon has never forgotten his horror roots. His most recent film, They/Them, which hits Peacock on August 5, sees the star back where it all began: a summer camp terrorized by a masked killer.

In They/Them, Bacon plays Owen Whistler, the owner of a gay conversion camp. As the newest campers arrive, someone else with much more sinister intentions joins them. Campers and counselors alike are sliced and diced as they all try to figure out who the masked killer is.

Dread Central spoke with Kevin Bacon about his love of the genre, his first scary movie, and more.