It's gonna be gay. 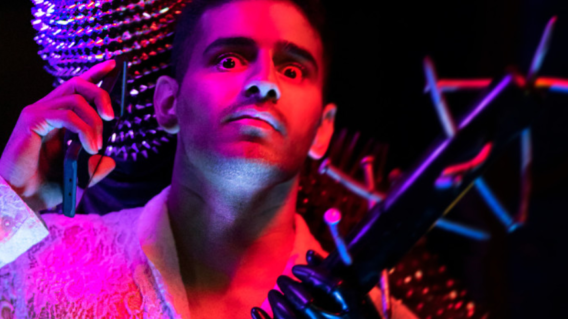 Welcome back, Blood Babes! I’m bringing y’all an update for an upcoming film I featured way back in my second Indie Spotlight. I know that doesn’t narrow it down much, so I’ll just tell you what’s on the menu — Roger Conners’s LGBTQ+ slasher film, MEAT!

In case you need a refresher, here’s what the flick’s about:

“A wild night of drugs and debauchery results in the fatal overdose of an underage gay man, an innocent bystander is left to take the blame. Upon his release from prison five years later, a group of queer individuals associated with the death becomes targets of an eccentric killer’s revenge.”

Since we last visited the film, its Indiegogo launched, giving more insight into the cast and crew working on it. There’s also a pitch video that shines more light on the production (which you can see below)!

The amount of (purposeful) queer representation is somewhat lacking in the cinematic library of horror. So I’m in full support of Conners’s goal to level that ratio even a little bit. As the film’s Indiegogo says, this team is making “something gory, something gruesome, and something so very, very gay”!

The flick’s planned release date is sometime in 2023, so I’ll let you know when that happens! In the meantime, check out their Indiegogo right here and consider helping to support it, if you can!