Being an artist isn't all fun and games. 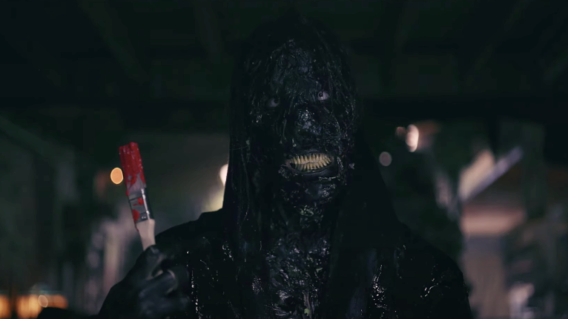 Spider One continues to follow in his brother, Rob Zombie’s, footsteps. First leader of the rock band Powerman 5000, he’s now getting into the director’s chair. But, instead of a feature film, Spider One takes the anthology film route. Allegoria is a web of short vignettes about the struggles of being an artist and the literal toll of creating art. And as a writer, I cannot wait to see what hell he unleashes.

In the film, a group of artists’ lives become unwittingly entangled as their obsessions and insecurities manifest monsters, demons, and death.

Watch the haunting new trailer for Allegoria below:

In his review out of Panic Fest, Dread Central’s Drew Tinnin said, “Allegoria is a creepy collection of cautionary tales with a heavy metal edge that’s sure to get under your skin.”

Allegoria comes to VOD, digital, and Shudder on August 2, 2022