This is why I stay home. 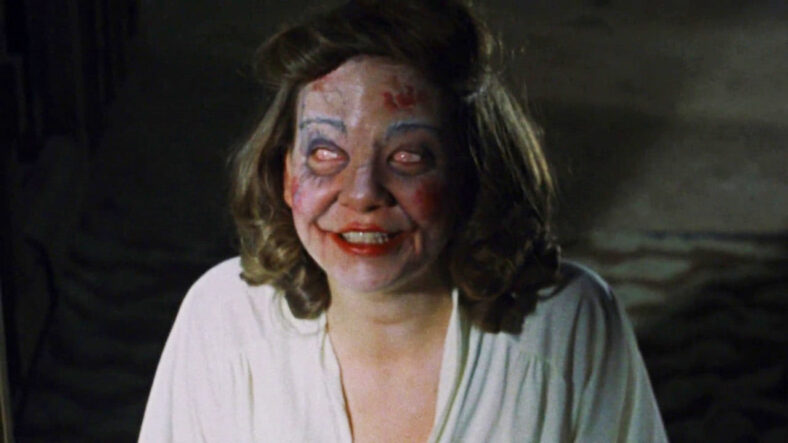 Spring is a great time for flirting…with danger. Nothing says spring in the horror genre like watching kids getaway for a long weekend at a deadly location. This is why when I think of spring, I think mutants, evil, and murder. These four movies will make you rethink your road trips, patio dates, and need to meddle with things that don’t belong to you.

Where You Can Watch: Pluto TV, Shudder, and Tubi

A group of friends heads to a cabin where they unleash a bunch of demons. This movie is a classic but it could never be me. I don’t do cabins because I pay extra to have all the amenities at my apartment. I’m not going anywhere without a dishwasher and central heating and air. Does that make me basic? Yeah. Does that also make me the most boring final girl? Absolutely. Anywho, if I did find myself in bougie place with a cabin aesthetic I wouldn’t stay for long if doors were opening by themselves and peoples’ hands were getting possessed. These characters made bad choices and that’s why we have a franchise. It’s also why so many movies are about characters making bad decisions in cabins in the woods. We kind of love to see it. However, none of this would’ve happened if these couples had just boned at home. Sidenote, Ash brought his sister along as the fifth wheel to a couple’s getaway and that still haunts me.

A group of friends go to Mexico and decide to help a stranger find his missing brother in the jungle. They continue making really bad choices when they come up against a group of villagers that don’t want them in their space. They end up stranded on top of the ruins with killer vines and I think that’s what they deserve to be honest. I didn’t live for this movie, but I do love to see reckless American kids realize their privilege isn’t going to get them out of messes. This movie is one of the finest examples of ” stick to your lane” and that’s a whole spring mood. Had these two couples stayed in their own beds instead of taking their mess to Mexico and then trespassing, they would’ve been fine. However, they didn’t and we get a film about murderous vines putting kids in their place.

Where You Can Watch: Amazon Prime, Hulu, and Tubi

A guy goes to Italy to figure his life out and ends up dating a woman with a wild secret. She’s a mutant that needed to sleep with him so she can rebirth herself and keep living. There is literally no way to write that where it makes sense. Just watch the movie so we can all hold our heads and ask follow-up questions. While I don’t do romance, and I like a few more kills for this runtime, it wasn’t boring. I also love some of the things she turns into and can see how some of the changes get it that body horror checkmark. All that said, this is another case where he could’ve stayed home and kept sleeping with his friend and been alright. Or he could’ve gone to a different town and avoided catching feels for someone that might kill him someday. If she does end up killing him, I would like that sequel posthaste.

Where You Can Watch: Shudder,  Tubi, and Vudu

A group of friends get stranded at a roadside museum and a masked killer starts picking them off. Movies where road trips go wrong are the reason I get out of bed most mornings. This movie is wild! We have occasional telekinesis, we have murderous mannequins, and we have a 70s soundtrack of unsettling and zany music cues. You can’t see me giving 9000 chef’s kisses but I am. When the car breaks down the group separates so the ladies can find sketchy water to skinny dip in. When a stranger wearing a hat that screams “villain” appears they all follow him back to his creepy museum and then continue to find reasons to split up. This movie is another one where central band of misfits should’ve just gone for ice cream and then watched scary movies. The best way to not have mannequins jump you is to not go to the places where they are. I live for the chaos and think this is the ultimate spring fling.

Is your favorite spring movie streaming not on the list? Then let me know at @misssharai.