‘Gatlopp’: This Drinking Game Will Send You Straight to Hell [Watch] 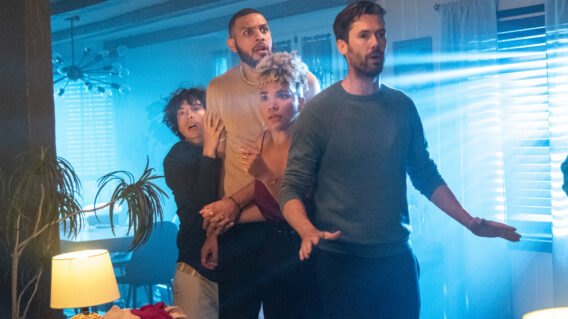 We’ve all had those nights where we go just a little too hard thanks to a drinking game or five. Ride the bus, quarters, flip cup; they’re all a recipe for a hilarious disaster. But in the upcoming horror-comedy Gatlopp, more than just hangovers await a group of old friends.

Check out the full synopsis:

A group of old friends reunites for a nostalgic evening of fun and games after a decade apart. After one too many, they decide to play a drinking game, but it’s quickly revealed that this game comes with supernatural stakes. Mischief leads to mayhem, and the group realizes that if they can’t come together to win the game by sunrise, they will be forced to play for eternity – in hell.

Intrigued by this Jumanji-like film with an adult twist? Then check out the brand new trailer: