These lesser-known gialli are as intriguing as they are entertaining. 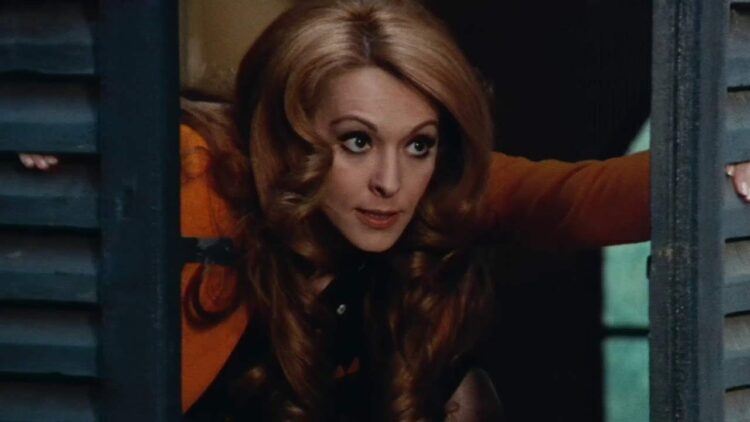 I have subsisted on a daily diet of horror films for a number of years and rather enjoy that. But for the sake of variety and varying nutritional needs, I like to mix it up from time to time. When I feel like branching out a little but not a lot, I put on a giallo. Gialli are a close cousin to the modern horror film. In fact, the slasher genre was built with the giallo as a rough template. Differing from most proper horror, the giallo has the tendency to focus more on the mystery element of the narrative, serving up intrigue with a side of ultra-violence.

Gialli typically feature a series of red herrings and various other narrative devices to misdirect the audience and cloak the killer’s identity until the final moments of the film. Half the fun is following along with the lead (often an amateur detective with a close connection to the case) as they attempt to piece together the puzzle whilst dodging the maniacal impulses of a homicidal lunatic.

Check out our review of the giallo-inspired throwback, The Editor right here!

While the output of directors like Dario Argento and Mario Bava has received recognition from film scholars and viewers alike, there are many noteworthy efforts from slightly less prolific directors which are equally deserving of your attention. And with that in mind, I have cultivated a list of under-seen gialli that deserve greater acclaim. Read on for my top picks.

Emilio Miraglia (who also helmed The Night Evelyn Came Out of the Grave) directed this chilling story centered around a dark familial prophecy. The flick is filled with unexpected twists and turns. And while it seems to hint at supernatural forces at work, one can’t help but wonder if (in true giallo form) the carnage could be perpetrated by a human? If you’re curious, you’ll have to see for yourself.

As of the publication of this post, the film is available to stream on Shudder. So, if you haven’t seen it, perhaps now is a great time to give The Red Queen Kills Seven Times a shot.

This tale of an exotic dancer courted by a mysterious physician has largely flown under the radar. In spite of a first-rate Blu-ray release from Arrow, the film still remains largely overlooked. Director Luciano Ercoli demonstrates a keen understanding of building and sustaining tension with this offering and even serves up some exhilarating action sequences. When you combine that with a dreamy score, over-the-top performances, and a storyline where anyone could be the killer, you have yourself a thrilling whodunnit that hits all the giallo sweet spots.

As of publication, this underrated mystery thriller is available to stream on Tubi (for free, with ads).

Ercoli followed up Death Walks on High Heels with the equally underrated Death Walks at Midnight. Other than sharing a director and having deliberately similar titles, these gialli don’t have much else in common. This time around, we see Valentina (Susan Scott) a fashion model witnessing a brutal murder while under the influence of hallucinogenic drugs. Accordingly, no one seems to believe Valentina when she reports what she observed. Death Walks on High Heels serves up a series of twists and turns that are likely to keep the viewer in suspense until all is revealed in the shocking denouement. The film is also noteworthy for utilizing a spiked, metal glove similar to that which featured in the proto-giallo, Blood and Black Lace.

Black Belly of the Tarantula

This 1971 giallo is one of many animal-themed titles released after the success of Dario Argento’s The Bird With the Crystal Plumage. This twisty story of a killer picking off victims associated with a health spa separates itself from the pack by masterfully subverting expectations early and often. The film seemingly eliminates the killer as a suspect early on, only to later reveal that an important detail had been overlooked.

If you are keen to seek out Black Belly of the Tarantula, it is currently streaming (as of publication) on Tubi!

Umberto Lenzi (of Nightmare Beach and Cannibal Ferox fame) was at the helm of this often-overlooked giallo. The flick is briskly paced and features a depraved killer that serves up grisly carnage at regular intervals. But beyond that, Seven Blood-Stained Orchids is a captivating murder mystery with a likable leading lady in Uschi Glas (as Giulia Torresi). All of that coupled with beautiful scenery and impressive camerawork make this one you should make haste to seek out.

While this flick isn’t currently streaming anywhere, boutique distributor Code Red did put it out on Blu-ray several years ago.

The Case of the Bloody Iris

This flick leans heavily into all things psychosexual. The audience quickly learns that the killer is targeting women that refuse to conform to antiquated ideas about sexuality. The performances in this picture are over-the-top and the English language audio track only serves to make said performances even more exaggerated. But in spite of some of its obvious flaws, this is a compelling murder mystery with an enchanting turn from giallo mainstay, Edwige Fenech.

If you are curious to check out this under-seen giallo, look no further than Tubi. It is available to stream there, as of publication.

Strip Nude for Your Killer

I have often said that this film would have been more appropriately titled Strip Nude for the Camera because it is filled to the brim with gratuitous nudity. But beyond that, the flick is noteworthy for featuring giallo queen Edwige Fenech and a dreamy score from the late Berto Pisano. This picture isn’t quite as effective as some of the other titles on the list. But what it lacks in substance, it makes up for with a hefty helping of sleaze that is likely to keep you engaged for the entirety of this feature’s runtime.

If you are interested in tracking this flick down, it is streaming for free on Tubi, as of publication!