We get some long-awaited updates from PJ Starks. 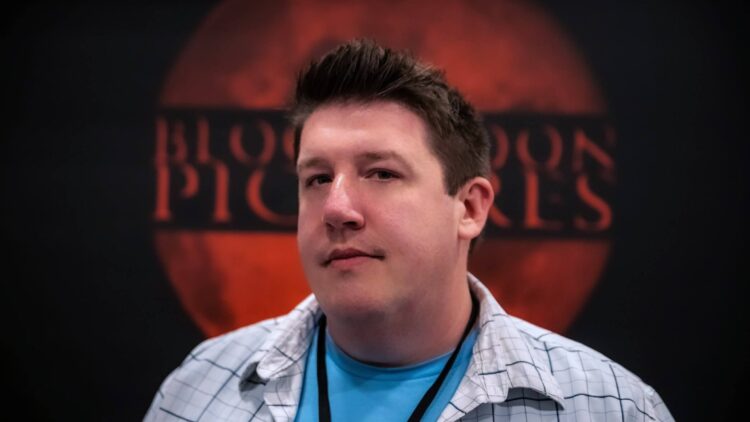 We have been following the career of horror filmmaker PJ Starks for a number of years now, so we decided it was finally time to catch up with the Volumes of Blood creator for another interview. This time, we discussed everything from his involvement with two new horror documentaries, to his distribution deal with Comcast for the Christmas-themed horror film 13 Slays Till X-Mas (review). He also provided us with updates on the long-awaited movies 10/31 Part 3, Cryptids, and The Barn Part II, so fans will definitely be interested to read what Starks has to say.

Dread Central: It’s been a while since we last spoke. What have you been up to since then?

PJ Starks: Life has been a rollercoaster since February. Artistically things slowed for a bit as I went through a divorce. It was a long and painful road but ultimately for the best. I’ve since begun dating an incredible person who is also a long-time friend. She’s insanely kind and supportive. Leslie keeps hounding me to start the next script, so Eric is no longer alone in attempting to break me of my procrastination. 13 Slays Till X-Mas dropped on Amazon Prime, we hit the road representing Scream Team Releasing and Blood Moon Pictures at various cons. I’m sure I’m forgetting something but like I said, the past ten months have been a whirlwind.

You must be proud to have secured a distribution deal with Comcast for 13 Slays Till X-Mas?

PS: Oh absolutely. Getting one of our projects under their banner was a huge milestone for us. Their umbrella is massive with Xfinity and NBC Universal beneath it. Now it’s become a waiting game to see what subsequent platforms will pick up 13 Slays. No pun intended, but the wait is killing us.

I understand that 13 Slays Till X-Mas also had a sold-out screening at Scarefest in Lexington?

PS: That was an awesome moment. It’s no secret the pandemic caused a lot of issues with the release and initial plans. Truthfully any type of theatrical screening seemed a distant memory. I think we all felt that way. When Brandon Griffith asked if we wanted to show 13 Slays at their event, and in a theater no less, it was an easy “abso-fuckin’-lutely”. With the virus still looming we anticipated a small turn out. The venue was amazing and there was nearly a butt in every seat of the stadium theater. The film looked gorgeous on the hundred-foot screen so that made up for all the disappointment of never having a festival run.

PS: When last I talked with Rocky (Gray) the film was being wrapped in November. Rocky did some re-writes on the wrap-around script I had penned and went in a slightly different direction from the last time you and I talked. I’m excited to see the final cut of his sequence. I know they’re still editing the segments, so it’ll be next year before the film drops and there isn’t a tentative release date just yet. Nevertheless, with Brad Twigg, Zane Hershberger, Michael Ballif and Jacob Perrett having created content for the project you know it’s going to be a great Halloween themed ride and a solid finale to the 10/31 trilogy.

Can you talk about your experience of working on The Barn Part II?

PS: Shooting a cameo in The Barn Part II was definitely the highlight of ’21. I don’t consider myself an actor, so I was pretty nervous. Mainly because I didn’t want to stink up the movie. I found out early on that I would be acting against Diana Prince and that was hard to keep a secret. That bit of news didn’t do much to help my nerves. Once I got on set with Diana, a lot of that was quelled. She was super cool and very down-to-earth. Her and I began running lines, which almost immediately calmed me down. Between takes, we’d stand around joking and talking horror films. She’s a true aficionado of the genre, it was impressive.

Admittedly it was surreal shooting the shit with Darcy the Mail Girl. Everyone on set commented we had great chemistry, but I figured they were being nice until I recently saw a rough edit of the scene. I still don’t consider myself an actor, but it did turn out really good. Justin seemed happy with it and that’s all I cared about.

Principle photography wrapped on the film the weekend of my cameo, but I know Justin and Zane are doing some pick-ups. Special effects insert and things like that. Zane shared some of the footage with me, and holy shit, this thing is going to be great. I know the plan is to release it next year. There’re so many incredibly talented artists attached to this picture, I can’t wait for everyone to see it.

And I understand that Cryptids is now in the final stages of development. The film is planned to be released next summer, so can you talk about how it’s shaping up?

PS: I spoke with Zane this morning and they’re finishing up the editing process on a couple of the segments. He’s aiming to release the movie in summer of 2022. From what footage and screenshots I’ve seen this flick is going to be a batshit crazy creature feature. Between Joe Bob Briggs’ character and the beasts, it’ll give genre fans and monster lovers everywhere something to scream about for sure.

You are also going to appear in two upcoming documentaries called In the Dark and Scared: The Documentary. What can you say about these?

PS: Something I never anticipated when jumping into directing and producing was, one day I might be asked to take part in documentaries. I’ve been fortunate enough to get the invitation in a few docs over the years and there are two more releasing in 2022. One is called In the Dark from Sam Mason Bell and India Kim. It’s a slew of actors and filmmakers including Shawn C. Phillips, Michael J. Epstein, Maria Olsen and more discussing their nightmares and what scares them most. This is currently set to drop in the spring from Darkside Releasing.

Scared: The Documentary is various artists and filmmakers delving into their deepest, darkest fears growing up and ultimately how that fear has evolved. William Mitchem Jr. reached out to me and asked if I’d like to be involved. Being as I’m a hypochondriac I’m never afraid to discuss my inner terrors. This doc features David Howard Thornton and a myriad of other great talent. I know William is looking at releasing it this year so keep your eyes peeled for it.