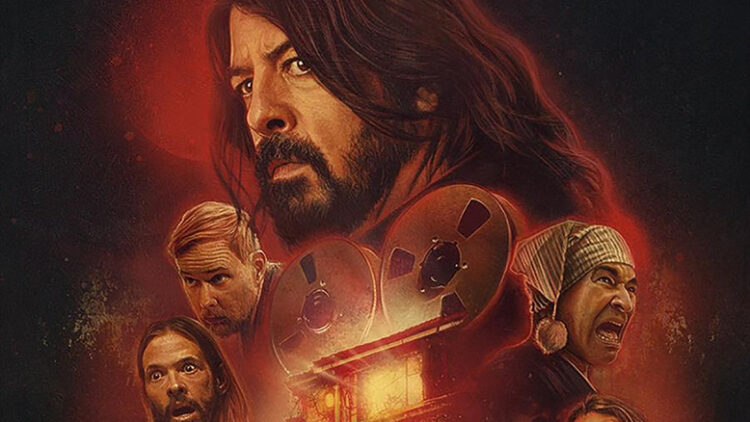 Last month, the Foo Fighters announced that they had spent the last two years working on a secret horror-comedy called Studio 666. Now, the film, directed by Hatchet III helmer BJ McDonnell, has its first trailer and a release date.

Open Road Films will release Studio 666 in theaters February 25, 2022. Tickets were also made available today through the movie’s website.

The footage in this teaser has already drawn some comparisons to Evil Dead, what with its quick cut to a bizarre-looking book that seems to trigger the possession of the Foo Fighters (who play themselves in the film). All the while, some generic dad rock riffs play over the action, which includes wholesome headbanging, mid-air electrocutions, and bodily explosions.

The synopsis for Studio 666 is as follows:

“The legendary rock band Foo Fighters move into an Encino mansion steeped in grisly rock and roll history to record their much anticipated 10th album. Once in the house, Dave Grohl finds himself grappling with supernatural forces that threaten both the completion of the album and the lives of the band.”

Check out the trailer and official synopsis for Studio 666: